How does Basel III Affect Bank Lending in Singapore, Malaysia and Australia?

How will Basel affect the macro lending environment? This Basel is not to be confused with Basil, a spice you can use for your pizza and other food.

The Basel Committee on Banking Supervision (BCBS) is a committee of banking supervisory authorities that was established in 1974 amongst 10 member countries to strengthen regulation, supervision and risk management of banks. Many more countries have since joined as signatories.

Therefore banks must be able to: –

Basel has gone into the 3rd version, called Basel III. The Improve Risk management, governance, transparency and disclosure parts are largely supervisory functions. The part that will most affect the everyday man and woman is the Capital Adequacy Ratio (CAR) and the Liquidity coverage ratio. Not all countries are able to meet the standards specified in Basel III, hence an implementation schedule is proposed.

What is Capital Adequacy Ratio

Capital Adequacy Ratio is the ability of the bank to absorb losses without going insolvent. In the not so distance past, many banks take too much risks by lending out money indiscriminately as these banks can earn a lot of interest income and use leveraged lending to make outsized profits.

However, the downside is, these banks typically have little equity, hence their return-on-equity would be huge during good times. When bad times comes, just a few percent of the borrowers go into default, the banks will collapse, leading to a cascade of collapses, causing a systemic risk to the financial system.

You can read more about how bank loans work in singapore.

Not all risks are equal. For example assets (typically Loans that a bank makes) such as Sovereign bonds are generally rated as 0% risk, this means that banks can accumulate these bonds almost like liquid assets. But of course we know that sovereign bonds are rated as “risk free”, but they are not really risk free.

A note of critique of Risk Rating.

Why are Banks Fair weather friends?

During the up-cycle, banks want to lend you as much as possible to maximise profits as default probability is low, leading to faster over-heating and bubbles.

During the Down-cycle, banks will try to recall loans or restrict loans as default probability increases so as to avoid losses, making a slow down or a recession even worse.

Hence BASEL was set up to make sure that banks have sufficient Capital to withstand loan losses and still carry out operations so as to avoid causing a financial contagion. Now into it’s 3rd version, Basel III will be implemented under a phase-in arrangement that stretches to 2019 to allow banks the time to raise capital.

Which are the Countries that has Met Basel III

MAS has imposed on Singapore banks a capital adequacy ratio tougher than BASEL III requirement and have also met the requirements ahead of time.

As Basel III implementation cycle extends to 2019, lending will get tighter and harder for Australia or countries that are behind target in it’s implementation.

Australian Banks have slowed down lending.

Malaysia is on target for Basel III, lending should remain tight and selective amidst an elevated household debt level, but severe further tightening is not expected.

Singapore is ahead of Basel III implementation schedule and sets targets tougher than those required under Basel III. Singapore’s economy is slowing down with mounting unemployment of Singaporeans, there will be room to boost lending to the SMEs.

One way to do that is through Risk sharing of default by the Singapore government to absorb 50% of any default losses of SMEs that the banks undertake to lend to.

Basel III is going to lead to tightening of lending in many places and a financial storm could hit some countries unless additional liquidity is pumped into the banking sector in the form of government injected equity, lending will ground to a halt.

Property financing continue to be seen as low risk in many countries, while SME financing is seen as high risk.

Singapore banks have room to lend and with the government’s risk sharing arrangement (leading to reduced Capital Adequacy Ratio), should increase lending to SMEs and reduce business costs simultaneously. 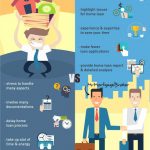 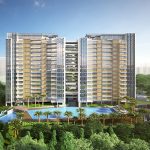