Geylang is famous for any number of things. It’s an up and coming property hot spot, it’s just six minutes’ drive from the CBD, and the rental yields are as amazing as the food. Oh also, there are brothels. But like all things that go on in its back alleys, many Singaporeans may not be aware that those brothels could be fading. Is it a hidden government clean up? An attempt to move the red light district? Our staying home because we’ve finally decided watching Game of Thrones is better than sex? Not at all: the reason is hotels.

What you need to understand about Geylang property

Geylang is one of the most unique places in Singapore, and property here is paradoxical.

Ask some Singaporeans about Geylang, and they’ll describe it in the same terms you use to describe a public toilet at a petrol station. Filthy, cramped, and about as attractive as the STDs you can get there. But ask any group of Singaporeans, and Geylang is a sort of untouched wonderland: it’s got the best food, is conveniently close to the CBD, and its properties have had a near 100 per cent occupancy rate for the past 15 years. And as for the sex workers, they’ll all in licensed brothels and won’t bother you.

Consider that Geylang Lorong 3 is being returned to the government in 2020, and yet it’s last transaction was for $88,000 in 2015. At an average rental income of $3,000 per month (remember, Geylang property is almost never vacant), that’s a rental yield of almost 41 per cent over five years. And now with Lorongs 4 and 22 being closed off to further residential development, Geylang property values are likely to spike even more.

In short, Geylang property is a goldmine. But the problem is, loans are difficult to get and the holding period is uncertain.

Many banks won’t give you a mortgage on Geylang properties, so any deals are either by private contract (i.e. you arrange payment plans with the seller yourself), or done in cash. And as commercial properties – such as the brothels and hotels – only have 60 year leases, there’s always a big rush by landlords to squeeze what they can from these assets, in a limited time.

It may make financial sense to get rid of the brothels, and put up a hotel instead

If you’ve got real estate in Geylang, a brothel may just be a losing proposition when compared to a hotel. It’s that simple.

Most brothel owners, if you care to ask, are happy to complain about their rent. It can reach around $10,000 a month, which is hiked up for their business (and they are also responsible for utility bills). The going rate for normal residential properties in the red light areas (like Lorong 20) seem to be around $1.65 per square foot; the terrace houses rented out to foreign workers only cost around $3,500 a month.

At any rate, $10,000 a month is not impressive to many landlords in the area, who have long been envious of its hotels.

Hourly hotel rates (check out the Fragrance and Hotel 81 types in the area) reach around $50 for two hours. Given the high turnover rate (for reasons you can guess), it’s not hard for a single room to bring in at least two to three couples a day. That’s about $3,600 to $4,500 per room, over the course of a month. Even given the higher taxes, initial building costs, etc., the landlord would come out way ahead if they could use the land for a hotel, rather than a brothel.

Of course, all of this depends on whether hourly rates stay legal

Back in 1998, the government briefly imposed a ban on hourly rates in hotels. This caused occupancy rates in Geylang hotels to fall by half. Hourly rates was again banned in 2009. Any landlord who converted their property to a hotel might see their goldmine implode. Geylang is not exactly a family-friendly tourist area.

That being said, you’ll know that the closure of many a brothel – if it happens – won’t be some undercover clean-up. It’s probably just market economics, as landlords find better ways to optimise their rental rates.

Geylang doesn’t need its brothels and seedy reputation to be an interesting spot. If you were to remove all of that (whether you think that would be a good thing or not), Geylang is a prime district. It has incredible food, it’s own sports complex, the Aljunied MRT station nearby, and a fairly central location. It’s even one of the rare places where it’s easy to get a cab at any hour, and it’s well covered by bus routes.

The only thing though, will the good food leave when the brothels close?

Singapore’s property investors would do well to look past the giggling comments, and instead note the the actual capital gains / rental yields here.

As for the difficulty in getting loans, you’ll need a mortgage broker who can work out a deal with the banks. There have been cases where banks can be persuaded to loan for Geylang properties. If you’re having issues, speak to one of our loans experts at iCompareLoan. 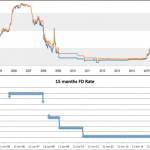