CIMB Bank Berhad, Singapore Branch (“CIMB”) today announced that it will reduce its deposit rates and cost of deposits, allowing the Bank to maintain its floor rate at 0.1% for all its existing consumer mortgage loans pegged to the applicable one-month and three-month Singapore Interbank Offered Rate (SIBOR) and three-month Swap Offer Rate (SOR). “We thank our customers for their feedback, and we sincerely apologise for the inconvenience caused. We factored in that the market’s cost of deposits have fallen, hence allowing us to lower our deposit rates and cost of deposits so that we can maintain our floor rate at 0.1%,” said Mr Victor Lee, CEO of CIMB Bank Singapore.

CIMB Bank Singapore made the decision to stay their floor rate after a group of individuals who were affected by banks’s recent decision to increase mortgage rates raised objections.

In asking how CIMB Bank Singapore could raise its mortgage rates during Covid-19 pandemic, the group said:

“When signing up for a mortgage that is based off an industry benchmark rate such as SIBOR or SOR, it is common for there to be a floor rate in the mortgage document. Typically, it say something like this: “In the event that the [rate] falls below 0.10%, the [rate] shall be fixed at 0.10%.”

In the case above, the floor rate is 0.10%. That seems fair. If interest rates are negative, banks should probably not be charging us negative interest rates (i.e. paying us to borrow money). However in April 2020, nobody would expect — in the middle of a pandemic as interest rates began to fall — CIMB would suddenly inform all their customers that the floor rate would now be 0.9% rather than 0.1%. There was effectively no justification for this floor rate increase. Period. For some customers, the ink on the offer letter was barely dry. Many of them had only signed the offer letter from CIMB a month earlier in March. It’s like they didn’t know there was a coronavirus on the horizon. Didn’t they read the news?

Because of this, the interest on our mortgages became effectively 3x of what we would have paid under the proper arrangements. If interest rates continue to fall, that number could be higher.

To make this change, CIMB casually referred to a clause in their ‘standard terms and conditions’ which was not in the Letter of Offer which says the following: “The Bank shall be entitled at its absolute discretion at any time and from time to time to vary or change the interest rate of the Facility.”

However, even amateur lawyers would realise that this justification makes no sense:

So if the Letter of Offer sets out a clear framework for determining mortgage rates and the ‘standard terms and conditions’ state that well, the bank can set the interest rate to anything it wants, shouldn’t the Letter of Offer prevail here? (Along with common sense?)

Digging deeper, we found out that in fact many banks have similar clauses. Most consumers who noticed this would have hoped that banks would behave reasonably, presumably out of fear of their reputation. Turns out, that was not the case for CIMB. In fact, we believe that no other bank has had the audacity to raise interest rates in this manner during a period of falling rates.

One of the members in our group is a doctor helping foreign workers in the dormitories and his wife is helping in the healthcare sector too. You have no idea how pissed he is.”

The group asked those affected by the CIMB Bank Singapore to go direct to Financial Industry Dispute Resolution Centre (FIDREC). FIDREC is an industry-funded organisation aimed at making the resolution of financial dispute affordable.

“Several of us have already individually gone to Fidrec and we recommend that you should too. However, for the particular case of the CIMB floor hike, we still do not think that this is a long-term solution. What CIMB has done is so egregious and against any reasonable person’s understanding of the Letter of Offer that this practice needs to be stopped at the root. Even if an individual case goes through mediation or arbitration by Fidrec, it will not stop CIMB or any financial institution from writing an unfair contract. Ironically, it creates a strong incentive for CIMB to write unfair contracts. If only 10% of people raise a case to Fidrec, CIMB will still be able to continue to exploit the other 90% of people – which is an attractive bet if the bank wishes to act against the interests of consumers. Even if an individual is successful in his case in Fidrec, it will not make CIMB’s practices illegal.”

Mr Paul Ho, chief mortgage officer at iCompareLoan, said: “all affected individuals are eligible for a two-year fixed rate package of 0.9% or a three-year fixed rate loan package of 1.1%. ” He added, “The eligibility period is till unclear  and the bank should provide more clarity on this.”

The affected group of customers said they “accept CIMB’s apology. Homeownership is not possible without fair and honest mortgages. We look forward to CIMB reviewing their terms and conditions to ensure their mortgages are indeed honest. Our website HonestMortgages.sg will remain accessible as a learning point for consumers going forward.” 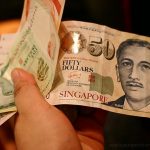 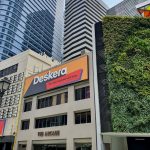