Colliers International announced on June 3rd that The Arcade at 11 Collyer Quay in District 1 will be put up for collective sale via tender for S$780 million.

Under the Draft Master Plan 2019, The Arcade site is zoned Commercial with a Gross Plot Ratio of 15. Subject to relevant approvals, the site could potentially be redeveloped into an integrated development, comprising a hotel, residential units, office and retail space.

Tang Wei Leng, Managing Director at Colliers International, said, “This is a golden opportunity to lay claim to a historic site in an ever-evolving Raffles Place, the heart of Singapore’s bustling commercial district. The Arcade is a landmark site that has borne witness to the remarkable transformation of Singapore and its economy over the past 50 years. Developers will now get the rare chance to redevelop the site – creating a new focal point of interest – and reshape the Singapore city skyline.”

Given its prime location in the city centre, proximity to wide-ranging amenities, and excellent transport connectivity, the site boasts great potential for the development of a mixed-use project. The developer could potentially redevelop the site to offer a 50-storey iconic, modern skyscraper, with panoramic views of the Marina Bay, and spectacular skyline of the new Downtown.

The site enjoys prominent dual frontage onto Raffles Green – a popular gathering place of executives and professionals in Raffles Place – as well as Collyer Quay, a main arterial road that connects to other parts of Singapore. It is also well-served by public transport with convenient access to the Marina Coastal Expressway, Pan Island Expressway and other major expressways. Additionally, the site has immediate access to the Raffles Place MRT interchange station, which connects the East-West and North-South Lines.

According to a report by PWC and the Urban Land Institute, Singapore now offers the best real estate investment prospects in the Asia Pacific region. The Emerging Trends in Real Estate Asia Pacific 2020 report noted that sentiment for Singaporean assets has rebounded. It added that the office sector has largely absorbed the oversupply, and with vacancies at an all-time low and limited supply in the pipeline, confidence in medium-term prospects has returned.

Ms. Tang previously said, “Global capital continues to seek quality assets in safe gateway cities. We expect investor interest in Singapore commercial real estate to remain robust, owing to the country’s position as a global financial hub, its stable political environment, and pro-business policies. Within Raffles Place, there are probably no other redevelopment opportunities and we believe The Arcade site, with a 999-year land tenure, will be highly sought-after.”

The Arcade is surrounded by many prominent buildings – including Ocean Financial Centre, Republic Plaza, One Raffles Place, OUE Bayfront and the upcoming CapitaSpring – which house renowned financial institutions and large corporations. A myriad of retail and dining options are also within easy reach in the Raffles Place area as well as the nearby Boat Quay leisure and entertainment hub.

Currently, The Arcade comprises 127 office and retail units. Depending on the size of their property, each owner could stand to receive between SGD700,000 and SGD29.9 million from the successful sale of the development.

The collective sale tender for The Arcade will close at 3pm on 7 July 2020.

This is the second time that The Arcade has come up for collective sale. When it was first listed for en bloc sale in November 2019, Mr. Moeez Hatim Nakhoda, Chairman of The Arcade Collective Sale Committee, said, “The Arcade has a fantastic location in the heart of the CBD. It is highly visible and attracts heavy pedestrian traffic. Unfortunately, the building is ageing and fallen behind the times. As Raffles Place continues to evolve and surrounding buildings undergo revamp, the owners feel that it is time that The Arcade gets a complete makeover as well.”

The previous collective sale tender for The Arcade closed on 8 January 2020.

With the winding down of the success of residential en bloc sales, commercial properties are now trying to join in the bandwagon but the Covid-19 pandemic makes such deals even more difficult. Many commercial en bloc sale attempts fail because the asking prices are often too high. Two critical factors affecting the success of commercial sites going en bloc are pricing and location. Older commercial buildings especially, may see a need to catch the current wave as an exit strategy as their rental yields come under pressure due to competition from newer commercial buildings.

One report said investors looking for alternatives to park their money in the wake of property cooling measures, would divert their attention to the strata office and shophouse markets as they are not subjected to this round of purchase or sales restrictions/encumbrances.

Mr Paul Ho, chief mortgage officer at iCompareLoan, said: “The Arcade is a very prominent location in the very heart of District 1. As such, it will appeal to a lot of savvy investors.”

He added, “Even with the global economic uncertainties, Singapore remains an attractive location for investments to flow into, and properties like The Arcade are prime real estates worthy of investment.” 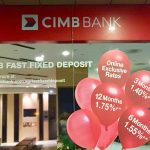 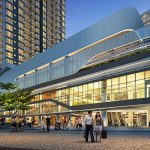