Colliers International announced on Dec 16 that the tender submission date for the collective sale of The Arcade in Raffles Place has been extended following feedback from developers that they require more time to assess the site.

The tender submission deadline for The Arcade en bloc sale site has therefore been extended from 3pm on 8 January 2020 to 3pm on 5 March 2020.

The Arcade at 11 Collyer Quay – in the heart of Singapore’s bustling central business district (CBD) – was launched for collective sale for SGD780 million on 14 November 2019. The 20-storey development comprises 127 office and retail units. (Refer to news release dated 13 November for more details.)

Ms Tang Wei Leng, Managing Director at Colliers International, said, “Since the collective sale tender was launched, The Arcade has received strong interest from numerous developers and we have conducted many site viewings. With the long Christmas and New Year holidays upon us, many developers have requested for us to extend the deadline for the submission of tender so that they have more time to evaluate the site owing to its tremendous redevelopment potential. We have taken this feedback into consideration and have revised the tender closing date.”

In addition, Colliers has also revised the land rate upon receiving the verified Gross Floor Area (GFA) for the site from the Urban Redevelopment Authority (URA). The reserve price of SGD780 million will now translate to a land rate of SGD2,840 per square foot per plot ratio (psf ppr) – up marginally from the estimated land rate of SGD2,833 psf ppr indicated in the tender launch announcement last month.

Given its prime location in the city centre, proximity to wide-ranging amenities, and excellent transport connectivity, the site boasts great potential for the development of a mixed-use project. The developer could potentially redevelop the site to offer a 50-storey iconic, modern skyscraper, with panoramic views of the Marina Bay, and spectacular skyline of the new Downtown.

The site enjoys prominent dual frontage onto Raffles Green – a popular gathering place of executives and professionals in Raffles Place – as well as Collyer Quay, a main arterial road that connects to other parts of Singapore. It is also well-served by public transport with convenient access to the Marina Coastal Expressway, Pan Island Expressway and other major expressways. Additionally, the site has immediate access to the Raffles Place MRT interchange station, which connects the East-West and North-South Lines.

According to a recent report by PWC and the Urban Land Institute, Singapore now offers the best real estate investment prospects in the Asia Pacific region. The Emerging Trends in Real Estate Asia Pacific 2020 report noted that sentiment for Singaporean assets has rebounded. It added that the office sector has largely absorbed the oversupply, and with vacancies at an all-time low and limited supply in the pipeline, confidence in medium-term prospects has returned.

The Arcade is surrounded by many prominent buildings – including Ocean Financial Centre, Republic Plaza, One Raffles Place, OUE Bayfront and the upcoming CapitaSpring – which house renowned financial institutions and large corporations. A myriad of retail and dining options are also within easy reach in the Raffles Place area as well as the nearby Boat Quay leisure and entertainment hub.

Ms Tang added, “The response to the site has been positive so far, with developers particularly drawn to its city centre location, proximity to the Raffles Place MRT interchange station, its 999-year land tenure, and the ongoing urban transformation in the area. We believe the extension of the tender submission date will give developers more time to uncover many more merits of this unique redevelopment plot.”

One report said investors looking for alternatives to park their money in the wake of property cooling measures, would divert their attention to the strata office and shophouse markets as they are not subjected to this round of purchase or sales restrictions/encumbrances.

Mr Paul Ho, chief mortgage officer at iCompareLoan, said: “The Arcade is a very prominent location in the very heart of District 1. As such, it will appeal to a lot of savvy investors.”

He added, “Even with the global economic uncertainties, Singapore remains an attractive location for investments to flow into, and properties like The Arcade are prime real estates worthy of investment.” 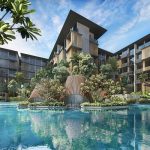 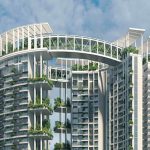