Sim Lim Square fails in its second attempt at en bloc tender despite owners of the strata-titled mall keeping the reserve price unchanged at more than $1.25 billion but with the added sweetener of another 27 per cent of built-up space plus the possibility of lower development charges.

Mr Francis Tan, chief investment officer of real estate consultancy SLP Scotia said explaining why Sim Lim Square fails in its second try said, “we just have to go out for the tender for one final push before expiry of the collective sale agreement in March 2020.”

The marketing agent, SLP Scotia, said that the extra space as seen in the planning documents, could be the result of some land being surrendered for road reserve. It said this could be a reason for the apparent higher built-up area in the building, subject to verification and approval from the authorities.

Sim Lim Square’s first en bloc try in April last year failed as well. The first collective sale via public tender was put up with a reserve price of $1.25 billion. Sim Lim Square owners each stood to receive between $488,000 and $67.5 million if the sale had gone through. More than 80 per cent of the 423 owners consented to the sale in March. Sim Lim Square owners had initially asked for $1.1 billion, but this was raised to $1.3 billion in February.

Sim Lim Square fails at its second attempt at en bloc sale with an asking price in excess of $1.25 billion, and the tender closed on Dec 30, 2019.

If the Sim Lim Square had not failed its second en bloc attempt, owners of the largest units could get as much as $60 million, while the smaller ones may get about $500,000. Mr Salleh himself stands to gain about $30 million from a successful collective sale.

Sim Lim Square is notorious for bad service and dubious sales tactics, but it is also known as the go-to place in Singapore for electronic gadgets.

As early as in 2008, Sim Lim Square shops were busted by the police for selling counterfeit copies of Microsoft Windows.

In April 2013, after the management of Sim Lim Square put up lists of recalcitrant shops as a warning to shoppers, some of these stores resorted to shrinking or removing their names from their signboards. Others even changed their name or got culprits to rip off the list.

The dishonest sales practices of some of the shops in Sim Lim Square was underlined by the Jover Chew saga. Chew set up the electronics shop, Mobile Air, in Sim Lim Square with the sole aim of deceiving his customers with inflated warranty prices. The electronics shop closed following outrage when a video circulated online of a Vietnamese tourist, on his knees begging for a refund from Chew. The Vietnamese had paid $950 for an iPhone 6, but was told he had to add $1,500 in warranty fees.

Chew was sentenced to 33 months’ jail and fined $2,000 in 2015 for his “audacious” scheme of cheating unsuspecting victims while seeking to dodge civil and criminal sanctions.

The impact on the mall’s reputation over customer scams, highlighted by the Jover Chew saga, was so serious that in late 2014 the management of Sim Lim Square appealed to the authorities to “take a tough stand against the recalcitrant retailers”.

But not all the shops in Sim Lim Square are infamous. One reviewer in Tripadvisor says, “the trap for most tourists is that they shop at the first two floors because of time restraints. This is where the stores are at the most expensive…(so) start from the top level and look into the back areas because there are some places where you can find some of the oddest and more practical items…As you go down, the market tends to move from the “geek” level to the common user and the prices slowly rise which is a real shame…”

But such honest reviews have failed to lift the fortunes of the retailers in Sim Lim Square. The mall’s bad reputation has affected sales in recent years. As the shops are individually owned, the management is unable to eliminate the errant retailers.

More recently, Sim Lim Square was flagged by the Coalition Against Piracy for selling set-top boxes which enabled them to stream copyrighted programmes such as Game of Thrones or the latest Korean dramas without having to pay for the content. Savvy salesmen at electronics mall Sim Lim Square expertly demonstrate how easy it is to set up and access programmes on the set-top boxes.

The Government does not consider the devices illegal as users can view them legally in websites, such as YouTube and members of public who are interested in buying them, can easily purchase the sets from places such as Sim Lim Square at the price of around $100 and above.

Despite such negative press, Sim Lim Square makes its second attempt ate en bloc as owners have managed to maintain its niche as a retail electronics hub. If the Sim Lim Square en bloc sale comes to a successful closure, Singapore would have lost another retail space dedicated to all things electronic and technocentric.

If that happens, the best bet for IT retailers still housed in Sim Lim Square would be to move into shopping malls which have established a reputation in recent years as the place to be to fulfill ones geeky impulses or electronic needs. Peninsula Shopping Centre, Liang Court- Audio City and Suntec City are some of these malls which have entrenched themselves as futuristic technocentres. 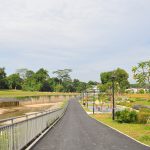 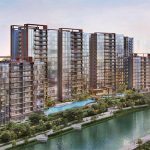