Orange Tee announced on 26 October that Siglap Shopping Centre – a freehold mixed-use site along East Coast Road – will be put up for collective sale via public tender on 27 October 2020.

The owners’ reserve price of SGD120 million translates to a land rate of SGD1,235 per square foot per plot ratio (psf ppr), after factoring in the additional 7% bonus residential gross floor area for private outdoor spaces and inclusive of an estimated development charge of $47.47 million and an estimated alienation cost of $7.2 million for the state land plot.

Mr Edmund Lee, Executive Director at OrangeTee Advisory, said, “With its freehold tenure and location in popular district 15, the site is likely to see good interest from developers. The optimal site area, coupled with a frontage of about 60 metres onto East Coast Road, offer developers the opportunity to build a prominent mixed-use development to cater to the lifestyle demands of buyers.”

Mr Tay Liam Hiap, Director at OrangeTee Advisory added, “New project sales in the East Coast area have been trending well, and attest to the continued appeal of the Siglap/Katong district with its plethora of dining, shopping and recreational amenities. The proximity to beaches, parks and Changi International Airport further amplifies the attractiveness and draw of the area to home buyers.”

The site enjoys excellent connectivity, with easy access to the East Coast Parkway and Pan Island Expressway. It is well-served by the Kembangan and Bedok MRT stations on the East-West Line, and the upcoming Siglap MRT station on the new Thomson-East Coast line.

Under the Master Plan 2019, the Siglap Shopping Centre site is zoned Residential with Commercial at 1st Storey with a Gross Plot Ratio of 3.0 and a building height control of 4 storeys.

The tender for Siglap Shopping Centre will close at 3 pm on 9 December 2020.

Siglap is a neighbourhood located in Bedok in the East Region of Singapore. The area also encompasses the Frankel and Opera Estates and their names have sometimes been used interchangeably to refer to the approximate same area. The planning subzone area of Siglap as defined by the Urban Redevelopment Authority (URA) is confusingly and inaccurately referred to as the small strip of land between Victoria Junior College and Bedok South Avenue 1.

It is a residential area where a majority live in landed homes such as freehold semi-detached houses and bungalows. Some of the land parcels near Siglap Centre have been redeveloped into serviced apartments and condominiums. The few Housing and Development Board flats in Siglap have been demolished in 2015 under the Selective En bloc Redevelopment Scheme. The East Coast Park is also located nearby, across the East Coast Parkway.

Siglap is served by amenities like the Siglap Centre, Siglap New Market, Siglap Shopping Centre and Siglap V which are mainly found at the junction of Siglap Road and East Coast Road. East Coast Road and Upper East Coast Road are also lined with several restaurants, food courts and shops. Additionally the entire estate is dotted with shophouses for the convenience of residents.

The Siglap Park Connector that leads to either the Bedok Reservoir Park or the East Coast Park runs west of the estate along the Siglap Canal. The Siglap Linear Park which is similar to a park connector cuts through the area too, running from Opera Estate to East Coast Park.

Siglap is part of the Marine Parade Group Representation Constituency and has one community centre, the Siglap South Community Centre, it is not to be confused with the Siglap Community Centre that serves the Bedok South Estate which is part of the East Coast Group Representation Constituency. The Wisma Mendaki Headquarters is another social facility located in the estate and serves the Malay community of the greater Geylang area too.

The area falls under the jurisdiction of the Siglap Neighbourhood Police Post (NPP), which is part of the Bedok Police Division, and the 2nd Singapore Civil Defence Force DIV HQ.

There are currently several schools in the area namely (5 of which are public government schools):

Bus
Marine Parade Bus Terminal was operational from 5 July 1981 till 16 September 2001 when it was closed to make way for the construction of Victoria School. Most of the bus services that originated from the terminal were subsequently extended to Bedok Bus Interchange or the newly opened Upper East Coast Bus Terminal further east, while others were made to loop around the site or had their routes cut short. Today, there are still many bus services that ply along Upper East Coast Road and Marine Parade Road that run through the south of Siglap, in contrast, however the services cutting through the Frankel and Opera Estate areas are limited and these services are 32, 40, 42 and 401.

MRT
Siglap is served by the Kembangan and Bedok MRT Stations, on the East West MRT line. However, in 2023 a closer station, Siglap MRT station, on the Thomson–East Coast line, will open on Marine Parade Road near Victoria School and bring greater and faster connectivity to the city or Changi Airport.

Road
The East Coast Parkway (ECP) is an expressway that lies south of Siglap. Exit 7 and 8 of the expressway lead directly into the estate. The streets in Siglap (First to Fourth Street) off Siglap Road, were numerically named in 1958. 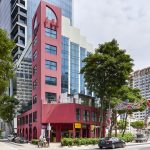 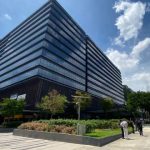