High Street Centre at No. 1 North Bridge Road is up for sale via a public tender. Cushman & Wakefield, the appointed property consultant for the collective sale has confirmed that owners holding not less than 80 per cent by strata area and share values have agreed to put the property to market at a reserve price of $800 million.

According to Cushman & Wakefield, the URA will support a development of at least 60 per cent of total gross floor area (GFA) for commercial use which may comprise a mix of office, retail (including F&B) and 40 per cent for hotel. For the hotel portion, the total number of allowable rooms shall not exceed 450 keys. Alternatively, the URA will also support residential or serviced apartments for this 40% quantum.

The sales committee has sought approval for a top-up to a fresh 99-year lease. Based on the reserve price of $800 million and depending on the potential developer’s intention on the proposed uses for the site, the land rate would work out to be in the region of $2,257psf per plot ratio to $2,439 psf per plot ratio. This includes the payment of a differential premium (if any) and a lease upgrading premium.

The High Street Centre site is easily accessible to other parts of the island via the Central Expressway (CTE), East Coast Parkway (ECP) and Kallang Paya-Lebar Expressway (KPE). It is within walking distance to City Hall MRT interchange, Clarke Quay and Fort Canning MRT stations.

According to Ms Christina Sim, Director of Capital Markets at Cushman & Wakefield, ‘High Street Centre will be a trophy for any developer who want to put his mark on Asia’s leading city. This is an opportunity to create a stellar sky scraper befitting of its distinguished neighbours and its legacy. Further, with the scarcity of commercial sites available for development in the central business district today and the expected tight supply of commercial space up till 2025, One North Bridge Road represents an even more compelling opportunity for developers who want to secure an asset that has the promise of growth.

Besides the High Street Centre, other landmarks in North Bridge Road includes:

Mr Paul Ho, chief mortgage officer at iCompareLoan, said, “although Covid-19 crisis may have somewhat decreased the appetite for large investments, a commercial building like High Street Centre coming to the market may present some excitement for investors.”

He added, “Besides the prime location, the High Street Centre site has approval for commercial and hotel use. this could be another star factor for enthusiastic investors. Even during the pandemic the economy hotels sector did much better than the luxury hotels.”

Mr Ho pointed out that “at the peak of the Covid-19 crisis, the Singapore government several thousand hotels rooms for housing essential workers. The pandemic shows to some investors that putting money in economy hotels may be better that investing them in other kinds of properties.”

He added, “By putting money in such properties, you are more assured of getting returns even in tough times. It is true that the amount of money it takes to keep economy hotels or a mid-scale hotels open is far less than what it takes to keep the lights on in luxury hotels.” 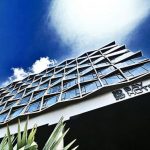 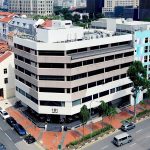