101 Beach Road also known as “The 101” (101 号美芝路) located in the well-established commercial precinct of Bugis has come up for collective sale. Owners holding not less than 80 per cent by strata area and share values have agreed to put the property to market at a reserve price of $90 million. Cushman & Wakefield have been given the mandate to launch the property for sale by tender.

101 Beach Road sits on a corner land plot of 698.9 sq m (approximately 7,523 sq ft) at the junction of Beach Road and Liang Seah Street. It has a 999-year leasehold tenure effective from 25 January 1827. Currently, The 101 is a 6-storey mixed use development comprising of retail, office and residential units. It has an existing verified gross floor area of 3,515.89 sq m (equivalent to a gross plot ratio of 5.03).

The future new development at 101 Beach Road will be well served by the Bugis MRT Interchange Station, which is just a stone’s throw away and will also be easily accessible via main arterial roads and expressways including East Coast Parkway (ECP), Kallang-Paya Lebar Expressway (KPE) and Marina Coastal Expressway (MCE).

With the landscape evolving in the Beach Road/Ophir-Rochor corridor, the location is fast becoming a new hotspot to ‘work-live-play’. This locale showcases a harmonious blend of a charming eclectic mix of conservation heritage shophouses surrounded by swanky skyscrapers. The up and coming new landmark, Guoco Midtown which is under construction now is directly opposite The 101. The revamp of Bugis Village and Bugis Street among others will also create much vibrancy and bring colourful nightlife into the area.

Ms Christina Sim, Director of Capital Markets at Cushman & Wakefield commented that “Investor demand for such bite-sized assets in this vicinity has been on the rise. As this locality matures into a full-fledged work-live-play hub when all the residential and commercial projects are completed, asset prices are expected to rise. This is a great opportunity to acquire a prime property with the promise of growth.”

Beach Road is a road located within the planning areas of Kallang, Rochor and the Downtown Core in Singapore.

As its name implies, Beach Road used to run along Singapore’s southern coast, before land reclamation took place in the Kallang Basin area.

Beach Road is one of the early roads developed in Singapore and appears in George Drumgoole Coleman’s 1836 Map of Singapore. The road was actually a coastal road fronting the sea coast in the early decades of the British colonial city – hence its name.

The Chinese used to call the road thih pa sat khau, meaning “the street to which the iron market opens or faces”, a reference to Clyde Terrace Market, which was taken over and run as a public market by the Municipal Commissioners in 1910. Clyde Terrace Market, also known as Beach Road market, had its foundation stone laid on 29 March 1873, with Masonic honours. Costing $37,889, the building was completed in 1874. It was demolished in 1983 to make way for The Gateway twin office towers, designed by architect, I.M. Pei, which stand now on this site.

Beach Road was also known as sio poh kai ki in Hokkien, which means “small town seashore”. Sio poh is “small town”, referring to that part of Singapore to the north of the Stamford Canal Road, as opposed to tua poh or “big town”, the Singapore River end of the town.

Beach Road was known as kadalkarai sadakku or “seaside road” in Tamil.

Up till the 1870s and 1880s, the sea came right up to Beach Road. At the time, large seaside villas stood here – just as Stamford Raffles had envisaged when he laid out his 1822 Town Plan. Raffles reserved Beach Road for the residences of the European merchants. By 1825, there were 20 such buildings. These luxurious homes earned the street its Chinese name ji chap keng or “Twenty House Street”. In 1886, one of these 20 houses, owned by W.R. George, was bought over by the Sarkies brothers and later became the Raffles Hotel. By the 1880s, these houses were turned into hostels or eating places to cater to the increasing flow of travellers and Beach Road ceased to be a prestigious residential district.

Apart from houses, there were hotels, clubs and bars well. The Singapore Cricket Club had its roots here. The area was also the scene of frequent brawls, as in the days before Tanjong Pagar became the port area, European sailors on shore leave would make for Beach Road. Brawls and other unruly behaviour were the reason why Mrs Balestier, the first American consul’s wife, presented the historic Revere Bell to Saint Andrew’s Church in 1843. The bell was intended not only for church service but also to be struck in the afternoon to warn seamen to return to their ships before darkness fell.

A sandy beach once existed in front of Raffles Hotel on the Beach Road side, and may account for the few steps which today lead to the lobby, as apparently it was common for the water to come up and over Beach Road at high tide, before the land now in front of Beach Road was reclaimed.

The first land reclamation beyond the foreshore line of 1843 alongside Beach Road was to provide land to build the Alhambra and Marlborough Cinemas, a police station and the Singapore Volunteer Corps Headquarters and Drill Hall (later converted to the Singapore Infantry Regiment Headquarters). Further land reclamation began around the 1880s, gradually robbing Beach Road of its sea frontage. Over the years, Nicoll Highway and later Marina Square and Suntec City were built on reclaimed land, pushing Beach Road even further inland. 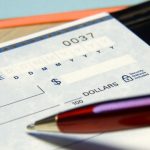