The working paper the WP released first looks at the decreasing HDB flat value and the evolution of Singapore’s housing policies over the decades before proposing guiding principles that the party believes ought to underpin a robust public housing policy for Singapore. The Workers’ Party (WP) is seeking public feedback on a working paper that was released on Friday (29 Nov), proposing alternative ideas on how to deal with the steadily decreasing HDB flat value and dropping resale flat prices.

Public housing is a perennial hot button topic, given that the vast majority of Singaporeans live in HDB flats and largely rely on their Central Provident Fund (CPF) savings to fund the mortgage of these 99-year leasehold properties.

Singaporeans’ hopes that were pinned on the government’s past promises that Housing & Development Board (HDB) flats are ‘nest eggs’ that grow in value over time came crashing down in 2017 when National Development Minister Lawrence Wong confirmed that the vast majority of flats will be returned to HDB without any compensation for homeowners, when the lease runs out.

The Minister for National Development earlier said: “As the leases run down, especially towards the tail-end, the flat prices will come down correspondingly.”

The Minister’s warning appeared to contradict Singapore’s founding Prime Minister, Lee Kuan Yew’s emphatic promise that the value of public housing “will never go down!” Mr Lee had even scolded that Singaporeans must be “daft” if they find fault with the housing policy.

Mr Wong’s warning to homeowners was followed by HDB CEO Cheong Koon Hean’s comments that decreasing HDB flat value is inevitable as the development ages. Then in October last year, Prime Minister Lee Hsien Loong asserted that he thinks “it’s fair!” that the value of HDB flats will decline to zero at the end of its 99-year lease.

Combined with the steady decline in resale flat prices, the views of the Government ministers and the HDB CEO were a jarring reality check about decreasing HDB flat value, to countless homeowners who had mistakenly believed that the value of their flats will keep rising over time – even property agents were not immune to being hoodwinked by the asset enhancement promise.

This realisation prompted several disgruntled Singaporeans to liken the Asset Enhancement Scheme to a “ticking time bomb,” “political big bazooka,” and a “scam”.

The WP said that it wants to find ways that can help alleviate the burden HDB flat owners face due to the depreciating value of public housing. The party said: “With many Singaporeans entering their golden years, the knowledge of their HDB flats steadily losing value before reaching zero can become a significant source of mental stress and insecurity.

“Are there alternatives to better preserve or retain the wealth locked up within older HDB flats so the Singaporeans that reside within them are able to have better peace of mind?”

Aiming to identify policies that can help deal with plummeting HDB resale prices, the working paper analyses a number of policy proposals, including proposals drawn from the government and third parties, and seeks evaluations of the following proposals:

Pointing out that it is challenging to develop alternative housing options since it does not have the insights and information available to national development policymakers, the WP revealed that its policy team consulted with real estate experts, industry professionals, members of the public and organized a panel discussion on housing before drafting the working paper.

The working paper can be downloaded HERE. Members of the public who wish to contribute feedback on the paper may also do so by 31 January 2020.

The opposition party said: “We thank everyone for your contributions and aim to fine-tune and improve this paper. We look forward to your feedback and suggestions.” 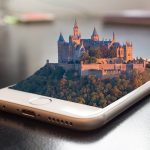