Housing and Development Board (HDB) flat buyers at five Build-to-Order (BTO) projects will have to wait longer for their new units. CNA, citing HDB, reported that the delays are unavoidable as the main contractors for the projects ran into “financial difficulties”.

Despite assistance from the government, Greatearth Corporation and Greatearth Construction, the companies involved in the development could not complete it due to deep financial constraints. Among the affected projects are Senja Ridges and Senja Heights. Both projects were launched in 2016, were expected to be completed in Q4 2021 and Q1 2022, respectively.

HDB said it had explored possible options “to resolve Greatearth’s challenges, such as through advance payments, but Greatearth does not have the financial ability to continue its operations.” It added that construction works at all five sites have been suspended since 20 August.

“Prior to this, the progress of works was satisfactory, and there was no sign of work slow-down or any sudden reduction of supplies or workers on-site,” said HDB . It added that it is “working closely with Greatearth to bring on board new contractors as soon as possible to complete the remaining works”.

HDB said that it has arranged for contingency contractors to secure the worksites and carry out housekeeping and vector control until the new contractors are appointed.

“HDB will do our utmost to bring the replacement contractor/s onboard as soon as possible, to minimise the extent of any delays while ensuring that safety and quality are not compromised.”

HDB said it would inform affected home buyers of the situation.

“We have reached out to the affected flat buyers, and will continue to keep them updated on the situation. We will also keep them informed of the revised completion date of their flats once we have worked out the construction schedule after the new contractors have been appointed.”

Mr Paul Ho, chief officer at iCompareLoan, said: “The change in contractors means the completion dates for the five HDB BTO flats projects may be pushed back further.”

Two contractors who have run into financial difficulties and discontinue the HDB BTO flats projects, are also involved in at least five other government projects.

The National Environment Agency (NEA) and the Land Transport Authority (LTA), two of the Government agencies affected by the contractors, said they are exploring options to minimise the impact on projects involving contractors Greatearth Corporation and Greatearth Construction.

NEA said that Greatearth Construction was appointed as the main contractor for the new crematorium complex at Mandai.

“With the change of main contractor, we expect that the new crematorium complex, which was originally expected to be completed by end-2022, to be delayed. NEA will evaluate our options to mitigate the impact of the delay.”

A joint venture between Greatearth Corporation and Gamuda Berhad Singapore was also named as the contractor for Woodland’s Gali Batu Bus Depot.

“LTA is currently in discussion with Gamuda Berhad Singapore on how to ensure project continuity and minimise the impact on the depot’s completion timeline.”

Woodland’s Gali Batu Bus Depot was set for completion in 2024, and is about 15% completed. LTA promised to continue to monitor project progress closely.

Greatearth Construction joint-ventures was also awarded two projects by JTC. The projects involved the construction of a key development, as well as infrastructure, works in Bulim, which is one of the precincts within the upcoming Jurong Innovation District.

Mr Ho said “those affected by the delays and not able to wait due to different circumstances can look at resale flats.”

Why choose a BTO flat over a resale one?

Finance (or the lack of it) is the biggest advantage of choosing a BTO flat over a resale one. There are, however, several disadvantages.

The long waiting time of about 3 to 4 years for your flat to be built before you can move in is another big disadvantage.

Resale flats are available immediately but may cost a tad more

If the long wait time and the size of the flat is unappealing to you, you can try looking for a suitable apartment on the resale market. Singles – whether individually or jointly – can purchase any type of HDB resale they desire, provided they can afford it. 3-room resale flats are now transacting at about $240,000 in some estates in where the leasehold has a balance of about 40 years.

Without a doubt, price is certainly one big factor why resale flats may be unattractive to eligible singles. The resale unit however, offers you a distinct financial advantage which a 2-room BTO does not. If you don’t need the extra rooms, you can rent them out to generate some additional income. Price of HDB flats has been increasing in the past few quarters. 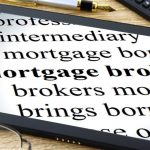 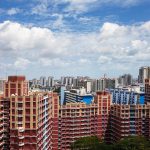