While developer sales hurt after a full month of circuit breaker measures, recent improvement in community coronavirus cases could lead to a light at the end of the tunnel

Data released by the Urban Redevelopment Authority of Singapore (URA) on Friday (15 May) showed that 277 new private homes, excluding Executive Condominiums (ECs) were sold in April, down by 58.0% from the 660 units that were shifted in March 2020. On a year-on-year (YOY) basis, developers’ sales declined 62.4% from the 737 units (excl. ECs) transacted in April 2019. Tricia Song, Head of Research for Singapore at Colliers International noted that developer sales hurt after the kick-off of the circuit breaker measures on 7 April, as physical viewings at showflats have to be halted. As a result, sales fell further from an already-low base in March.

There were two new launches in April – one of them is a landed development with just five units – Burghley Drive in the Serangoon area; and the other one is 15 Holland Hill (former Olina Lodge). Both sold one unit.

Excluding ECs, new launches made up only 0.7% of developers’ sales in April 2020, versus 2% in March. 30% of the private home sales in April were from Kopar at Newton whose launch was brought forward after the circuit breaker measures were announced. Otherwise, sales were dominated by earlier launched projects in the city fringe and suburbs priced which have lower price quantum of S$1.2 – 1.5 million.

“We expect May’s sales to be lower than April, due to a full month of the circuit breaker measures.

However, given that the community COVID-19 cases have improved to low single-digit recently, we see some light at end of the tunnel. The rate of decline may not be as steep as in April. In the first three days of May, we note 27 new private home sales caveats had been lodged.

We now expect developer sales to fall 19% to 8,000 units from the 9,912 units in 2019, and that developers could cut prices by 3-5%. With about 2,426 units sold year-to-end April, we assume there will be some pent-up demand and more developer launches before the year ends.

It is unlikely property prices will correct as much as 25% like during the Global Financial Crisis (GFC) in 2008-2009. Before GFC, property prices ran up 50% within two and a half years, while this time round, prices have risen relatively mildly since 2017 by about 11%, as of Q1 2020.

In addition to various relief schemes by the government to support jobs and wages, and by banks to defer mortgage payments, interest rates are likely to remain lower for longer — supporting housing demand and holding power. 3M SIBOR, a benchmark rate typically used in mortgage loans, has retreated 125bps to 0.75% as of early May from peak of 2.0% in July 2019.”

Mr Paul Ho, chief mortgage officer at iCompareLoan.com, said: “it is understandable why developer sales hurt in April. The pain could be deeper in May. But the various government relief schemes would mitigate some of the effects of the Covid-19 crisis.”

He added, “despite this developer sales hut in the next two months, it is unlikely that the demand for residential properties would be drastically affected. The interest rates for housing loans are its lowest levels in months and people will still need to buy and sell their homes. But this is not enough to sustain the momentum in the housing market. We still need the investors to come in in larger numbers and this can only happen after the circuit breaker period.” 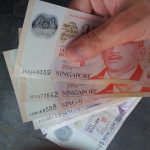 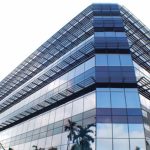