Singapore is in the midst of an en-bloc fever, with developers (mainly wealthy ones from China) buying up land parcels at crazy prices. Will development charges affect the enbloc value of my condominium?Amidst all the chaos, the government is tightening the screws: Development Charges (DC) are going up, which will add serious cost to any new projects. Here’s a rundown on how the DC could affect regular Singaporeans:

Ultimately if Enbloc gets more and more, will DC along with Enbloc cause Singapore Condo sizes to shrink?

What is a Development Charge (DC)?

The DC is a tax levied by the government, which developers have to pay to build their various projects. The DC is determined by a combination of factors, such as the monetary value of proposed developments, the location, the plot ratio, and so forth. You can see the current DC charges for various parts of Singapore on this map.

Ultimately, DC is decided by the Ministry of National Development (MND), with the advice of the Chief Valuer of the Inland Revenue Authority of Singapore (IRAS). The rates are revised twice a year, always on the 1st of March, and 1st of September.

Almost every type of property development in Singapore is subject to DC, with few exceptions (e.g. historical buildings, or buildings that are deemed to only be minor extensions to existing developments).

Compared to prior DC rates, 116 of the 118 map sectors (see the link above) have seen price hikes. These range from six per cent to 29 per cent, with the highest end of the scale being in the area of Tampines Road, Hougang, Punggol, and Sengkang. This is the second highest increase we’ve seen since 2007 (at the time, DC jumped 57.8 per cent, at the start of what would become a six year bull run for the property market).

An exception to this is the DC for landed properties, which mostly did not change (a 0.3 per cent increase overall).

It’s not a coincidence that DC hikes are happening now. This is almost certainly a response to the surge of en-bloc sales we’re experiencing, as property developers – many of them foreign firms with deep pockets – have begun to aggressively buy up land plots for redevelopment.

How does this impact Singaporeans?

1. Developers may pass on DC charges to buyers

The margins of developers are already being squeezed, due to the excessively high bids made on land plots. Much of this is driven by aggressive bidding from foreign developers, and the premiums paid for land have risen almost 29 per cent since 2015.

Besides paying huge sums for the land plot, and then facing time limits like ABSD for Developers and the Qualifying Certificate (QC), developers now also have to factor in a rising DC. These costs might well be priced into the condos they build, making the private property market less affordable.

2. Something must give if prices don’t rise, and that may be size

Say the DC rises, and the developer also doesn’t raise prices. Now no developer will build at a loss, so something has to give. And a very real possibility will involve unit size.

Developers can try and generate more profits by building smaller; for example, they can increase the number of shoebox units that they originally planned. This typically means that, even though buyers may pay a lower quantum, they will pay more per square foot. Hopefully, this won’t signify the start of a trend – it’s entirely possible that, between aggressive bidding and high DC charges, we’ll see a growing volume of cramped condos.

If your property is nearing the end of its lease, and looks like it’s mainly held together with blu-tack and glue, this isn’t good news for you. Higher DC means developers are less willing to fork over more cash, as they also need to factor in the added costs. It constrains how much a developer would bid for the land, and it’s effect is particularly pronounced in the aforementioned areas (i.e. Hougang. Tampines Road, and other spots with big jumps in DC). 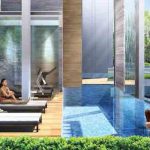 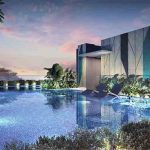