The Minister for National Development, Lawrence Wong, assured homeowners affected by the Ethnic Integration Policy quota tat HDB will exercise flexibility in administering the policy for owners who face certain difficulties. The Minister gave this assurance in responding to a parliamentary question on financial aid for owners who are unable to sell flats due to the Ethnic Integration Policy.

“HDB’s experience is that most owners are able to sell their flats in the open market from eligible ethic groups, but some may need more time to do so. Hence for those who face difficulties, HDB will, in the first instance, grant them an extension of time to market and sell their flats. Beyond that, if they face any financial issues, HDB will also look into reducing or deferring the monthly mortgage instalments temporarily to ease their cash flow. For those with exceptional circumstances, HDB will consider exercising flexibility in administering the Ethnic Integration Policy (EIP).

More generally, households in financial hardship can avail themselves to the broader suite of government assistance schemes, and community schemes, and consider other measures to put their finances on a more stable footing. So HDB will refer them to the Social Service Office for financial counselling and for other means of financial support.”

When buying an HDB resale flat, buyers need to ensure they are within the Ethnic Integration Policy proportion for the block/ neighbourhood, and if applicable, the Singapore Permanent Resident (SPR) quota as well.

How the EIP and SPR work

The EIP proportion applies for any HDB resale flat. In addition, the SPR quota applies to non-Malaysian SPR households.
You are considered as having fulfilled the EIP proportion or SPR quota under these circumstances:
You can use HDB’s e-Service to check if you are eligible to buy an HDB resale flat in a particular block or neighbourhood under the EIP and SPR quota. The ethnic proportions and SPR quota are updated on the 1st of every month, and will apply to all completed* resale applications received during that month. A resale application is deemed as complete only when HDB receives both the buyers’ and sellers’ portion of the resale application.

The EIP is put in place to preserve Singapore’s multi-cultural identity and promote racial integration and harmony. It ensures that there is a balanced mix of the various ethnic communities in HDB towns. The EIP limits are set at block/ neighbourhood levels based on the ethnic make-up of Singapore.
For the purchase of an HDB flat, a household with members of different ethnic groups can choose to classify their household ethnicity under the ethnic group of any owner or spouse (co-owner or occupier), according to the race shown on the NRIC of the chosen member.

Once an ethnicity is chosen for the household, it will remain the same when the flat owners subsequently sell their flat on the open market.

About the SPR quota

Non-Malaysian SPR households applying to buy an HDB resale flat need to be within the SPR quota for the block/ neighbourhood. The SPR quota ensures that SPR families can better integrate into the local community. Malaysians are excluded from this quota because of their close cultural and historical similarities with Singaporeans.
SPR Quota for Non-Malaysian SPR Households

The Ethnic Integration Policy was implemented on 1 March 1989 to promote racial integration and harmony in Housing and Development Board (HDB) estates.

Then Minister for National Development S. Dhanabalan first highlighted the emergence of ethnic enclaves in HDB estates in his speech to community leaders at a New Year’s gathering held at the People’s Association auditorium on 6 January 1989. To illustrate his point, he drew on the examples of neighbourhoods in Bedok and Tampines housing estates where Malay households made up more than 30 percent of the estate population, and Hougang where more than 90 percent of the households are Chinese. In a bid to address the growing issue of communal clustering, Dhanabalan announced that the government would adopt policies to maintain the ethnic balance as a means to foster social and racial cohesion. 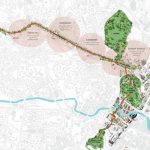 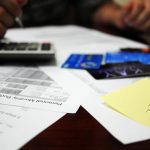