The Housing & Development Board (HDB), as the Government’s land sales agent, launched the Fernvale Lane land parcel for tender on 30 December 2019.

The details of the Fernvale Lane land parcel are as follows:

The Fernvale Lane land parcel received seven bids. Colliers International said that the bids were in line with their expectations and consistent with the 7-9 bids for the last five EC site tenders since the cooling measures in July 2018.

Ms Tricia Song, Head of Research for Singapore at Colliers International , said: “The seven bids were tightly bunched between SGD500-555 psf ppr, reflecting a consensus on the demand and pricing of the site. The top bid of SGD286.5 million or SGD555 psf ppr, was submitted by FCL or Frasers Property, pipping the second-placed Sing Holdings and MCC Land by just 0.5%. If awarded, this will mark Frasers Property’s first EC in almost six years, after Parc Life in Sembawang which was awarded in July 2014. At this land rate, we estimate the developer could launch the project at SGD1,050-1,100 psf.”

“The top bid price is slightly above our expectation of SGD500 psf ppr. Confidence could have been boosted by the recent stellar performance at EC projects – OLA Residences in nearby Anchorvale has received 1,163 e-applications, more than double the 548 units offered in the Spanish-themed development. Further up north, 496-unit Parc Canberra EC recently achieved sales of 64% (316 units) at an average price of SGD1,085 psf during its launch in February 2020.

“The Fernvale Lane site is not near any MRT station and is about 800m from the nearest LRT station – Fernvale. It is one block away from another EC — The Topiary, which was completed in 2016 and achieved an average price of SGD730 psf. There were limited secondary transactions as the Minimum Occupation Period (MOP) of five years have not been reached. Nearby private condominium projects such as Seletar Park Residences (completed in 2015) and The Greenwich (2014) transacted at SGD1,000-1,100 psf over the past 12 months.

“This latest land price is relatively comparable with the last Executive Condo site tender at Canberra Link, awarded on 11 October 2019 for SGD233.89 million or SGD566 psf ppr; and the Tampines Avenue 10 EC site awarded on 22 January 2019 for SGD57 8psf ppr.

Mr Desmond Sim, CBRE’s Head of Research for Southeast Asia, commenting on the Fernvale Lane land parcel bids said the tenders received would probably be in tandem with the increased demand for ECs after the qualifying income ceiling was raised to $16,000 from $14,000 in September last year. He noted that another site in Tampines Street 62 was also released for application, but under the reserve list.

“Although no MRT station is nearby, it is still near amenities such as Greenwich V shopping mall. The site may also appeal to HDB upgraders in Sengkang and Punggol, with at least 10,000 flats in these areas reaching their five-year minimum occupation period.

CBRE Research believes that developers were also encouraged by the response to recent launches like OLA in Anchorvale Crescent and Parc Canberra in Canberra Link. Overall, strong bidding featured for the three sites with some close margins. This is especially so as developers are encouraged by the palatable quanta as well as with a smaller number of units. Opportunities remain for the affordable private market, and some developers will seek to continue to replenish their landbank.”

Executive condominiums are hybrids between public and private housing and only Singaporeans earning below $16,000 may apply for it. The property becomes private after 5 years of ownership. Rising private home prices and record low unsold Executive Condominium developer inventory have triggered a demand for such hybrid property.

Colliers International earlier noted that the demand for Executive Condominiums were driven by their relatively affordable price points for the ‘sandwiched’ class.

The Government has recognised this demand and in 2018, opened for application a site on its reserved list for Executive Condominium development at Tampines Avenue 10. In the 3-year period from 2015 to 2017, only four Executive Condominium land parcels were sold by the government. This translated to only 1.3 sites per year. Judging from the keen participation seen for similar sites and development in recent times, the Tampines Ave 10 site can be expected to be triggered for sale. 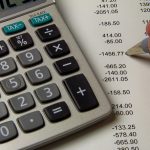 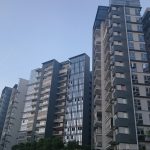