The Urban Redevelopment Authority (URA) released two residential with commercial at 1st storey sites at Slim Barracks Rise (Parcels A & B) for sale on June 15 under the Confirmed List of the first half 2021 (1H2021) Government Land Sales (GLS) Programme.

The Slim Barracks Rise GLS sites are launched for sale as part of JTC Corporation (JTC)’s continued efforts to inject more residential spaces in the one-north estate to meet housing needs and enhance the area as a vibrant mixed use business park that serves as a fertile ground for research, innovation and entrepreneurship. Together, these two land parcels can potentially yield a total of about 405 residential units.

URA said that the tenders for the two land parcels at the Slim Barracks Rise GLS sites will close at 12 noon on 28 September 2021.

Huttons Groups commenting on the Slim Barracks Rise GLS sites said, “there is demand for homes in one-north precinct which is unsatisfied.”

“For example, One-North Eden sold more than 80% of its units on launch day and it is almost 90% sold as of end-May 2021. The bunching of two sites in the same area for sale is probably to temper land bids by developers. As both plots of land are not next to each other, it will prevent the situation of one developer securing both plots and achieving economies of scale and monopoly in the area.Parcel A is deemed more attractive relative to Parcel B because of the regular plot size and it is nearer to Buona Vista MRT interchange. Besides the appeal of one-north precinct, the land parcels are very close to the future One Holland Village.

Colliers International, commenting last December on the Slim Barracks Rise GLS sites noted that the Slim Barracks Rise Parcel A is more regular-shaped and is the larger of the two, sitting nearer to the main road of North Buona Vista Road and within 300 meters from the Buona Vista MRT Interchange station; while Parcel B is separated from Parcel A by the NTU@one-north, with a trapezoidal shape.

“The nearest comparable for both sites will be the adjacent one-north Eden, an upcoming 165-unit project on another GLS site which attracted nine bids with a winning land rate of S$1,001psf back in September 2019.

“One-north Eden is next to the 405-unit One-North Residences which was completed in 2009 and have transacted at around S$1,461 per sq ft (psf) or units between approx. 968-1,076 sq ft (90-100 sqm) over the past 12 months. Going by the robust developer demand for one-north Eden site in 2019, the additions of sites Slim Barracks Rise Parcel A and Parcel B will be much welcomed and should support the growing working population in the one-north technology enclave.

One-north is a subzone and business park located in Queenstown, Singapore. The park was developed by JTC Corporation for the R&D and high technology cluster, comprising biomedical sciences, infocomm technology (ICT) and media industries. Though the development was first conceptualised in the National Technology Plan 1991, it was only officially launched on 4 December 2001 by former Deputy Prime Minister Tony Tan Keng Yam with the basis of creating a “global talent hub” and a knowledge-based economy.

One-north, which was master planned by Zaha Hadid Architects, is located near educational and research institutes like the National University of Singapore (NUS), INSEAD, Singapore Institute of Technology (SIT) and the Singapore Science Parks. In 2012, ESSEC Business School also set up its Asian campus in one-north, for a total investment of S$40 million. The district has easy access to social and recreational facilities due to the close proximity to Holland Village.

Besides being a “science hub” as Dr Tan described one-north at the launch, another aim is to create a community where expatriates and locals can gather to live, work and relax together in one-north. As such, one-north will not be a government project only, but also one where private sectors contribute to provide the social and recreational amenities for the people working and living there.

One-north is a vibrant research and business park that serves as a fertile ground for research, innovation, and test-bedding. An icon of Singapore’s knowledge economy, the 200-hectare development houses key growth sectors such as biomedical sciences, info-communications technology and media, and startups, supported by capabilities in science and engineering.

Its unique work-live-play-learn environment enables the integration of industry-centric developments with residential communities, lifestyle options and educational institutes to provide a vibrant environment for innovative minds to congregate, collaborate, and create. 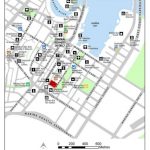 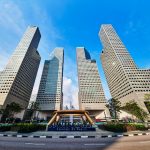