The Urban Redevelopment Authority (URA) announced on March 3 that it has closed tenders for two residential sites at Canberra Drive. “Canberra Drive (Parcels A and B)
These two sites were launched for sale under the Confirmed List of the GLS programme for the second half of 2019. They were initially put on the Reserve List of the first half of the 2019 GLS programme as a single plot, but are now split into two parcels on the confirmed list. This will ensure that the sites are more digestible and will appeal to more developers.

Parcel B is almost twice as large as Parcel A, yielding up to 455 units while Parcel A can yield 220 units. The sites are attractive considering their proximity to Canberra MRT station, Sembawang Shopping Centre and Sun Plaza.

Recent transactions include Kandis Residence which was sold at a median price of S$1,254 psf in Q1 2020, with a relatively well take-up of about 75%. The most recent GLS sites awarded in the area were two EC sites at Canberra Link awarded at $558 psf ppr to Hoi Hup/Sunway, and $566 to MCC Land.

Fernvale Lane (EC)
This site would probably be in tandem with the increased demand for ECs after the qualifying income ceiling was raised to $16,000 from $14,000 in September last year. Another site in Tampines Street 62 was also released for application, but under the reserve list.

Although no MRT station is nearby, it is still near amenities such as Greenwich V shopping mall. The site may also appeal to HDB upgraders in Sengkang and Punggol, with at least 10,000 flats in these areas reaching their five-year minimum occupation period.

CBRE Research believes that developers were also encouraged by the response to recent launches like OLA in Anchorvale Crescent and Parc Canberra in Canberra Link. Overall, strong bidding featured for the three sites with some close margins. This is especially so as developers are encouraged by the palatable quanta as well as with a smaller number of units. Opportunities remain for the affordable private market, and some developers will seek to continue to replenish their landbank.” 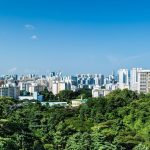 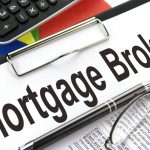