Here is why Singaporeans and Singapore Permanent residents will be condemned to even smaller homes. If I want to buy property in Singapore, what should I do? Click here. If you think a 600 square feet studio apartment is small, wait till you see the 400 square feet studio units. But of course, a certain group of people have bigger and bigger homes, as big as a palace.

There is also no more kitchen, instead it has become an Open kitchen concept where the dining table is just beside the kitchen. Even the washing machine is simply embedded into part of the kitchen cabinet, or hidden inside. Beautiful yes, functional? No way.

Are people getting smaller? On the contrary, I think people are getting fatter and bigger. If we are going the way of Hong Kong, you will see homes so small that you cannot even stretch your legs when you sleep. These coffin units are around 15 sq feet, no kidding, 15 sq feet, that is like 3 feet width and 5 feet long (most people are 5 feet 6 inches (165 to 166cm).

The more luxurious partition units are around 100 to 200 sq feet. These bigger units may feature a kitchen that is just centimeters away from the toilet bowl, washing machine and washing basin, probably no bigger than 30 to 40 square feet. You can just do an internet search for “Hong Kong Toilet Kitchen” all the images will come up. We will not share the images here as it may upset people.

Land from the Singapore government is being managed by Singapore Land Authority (SLA) and SLA is under the purview of the Ministry of Law.

A chief valuer manages the land price under IRAS. Read more about the land sale process.

SLA is in-charged of appointing agencies to sell state land: –

Land parcels called “Reserve List” are triggered for bidding when there is “sufficient market interest” when one or multiple developer puts in a bid that meets a secret reserve price.

Developers have no clue what that SECRET reserve price is. If the reserve price is met, the land is put on Public Tender under the “Confirmed List”. The tender will be done within 4 weeks.

This causes the land price to escalate if there is “Sufficient Market Interest” at or around the “Reserve Price”.

Why not make the “Reserve Price” public so that developers can better plan? The “Reserve Price” could be adjusted quarterly upwards or downwards depending on the market conditions or what the government want for the land.

2. Too many property developers

In recent years, there are more and more developers bidding for land in Singapore. Many of these developers have very strong financial status coupled with a shrinking land bank.

No developer will want to be closed down or retrench their core team due to having not enough land. Hence many will continue to bear the risk of bidding higher and hopefully they read the market correctly and is able to pass on the higher land cost to the property buyers.

3. High Property and Land Price is a matter of Policy?

I remember vaguely one of our former Minister mentioned about Land productivity, in that land is productive if and only if it was able to extract high prices. The reason is, if businesses can pay for expensive land, it means the businesses are generating enough (via high value-added economic activities) to pay for it. It will have to continue to go higher up the value chain to be able to pay for it, hence high land price is good for Singaporeans.

However should this logic be applied to residential units, where it is the roof over our heads and allow Singaporeans and PR to be indebted and chained to our home loans?

More developers means more competition and higher bidding prices. To be fair, not to single out China developers, they do not always bid the highest prices, though a China developer did win the Stirling Road land parcel.

The recent public tender for Serangoon North Avenue 1 site which was concluded on the 08 Aug 2017 attracted16 bids, was won by Corson and Wingjoy Investment, Units of Keppel Land (Singapore) and Wing Tai Holdings (HK).

Many developers in other markets are faced with a saturating market, so these developers are taking their chances with other markets that are deemed to be in less of an oversupply situation.

Of course low bid deposits for land also play a part in attracting developers to bid to kick start the land bidding exercise. Afterall a developer has only got to commit to bid a minimum bid price for the land and submit a bid with 3% bid deposit via a cashiers order should the government decide to release the Reserve List onto the Confirmed list. Perhaps that would allow the government to gauge which plot of land to release for maximum price.

After all, why charge less when you can charge more, what is wrong with charging more? It is afterall for the national reserves and we love to look at big numbers despite being hungry.

Singapore’s property market has started to fall due to countless cooling measures since 2012 and has fallen for many quarters since 2013.

Check out the Chronology of Cooling measures to know more about the various regulations concerning buying a home in Singapore.

As land release is quite controlled, a lot of the developers could come in and bid high prices for these properties.

If for example 3000 units worth of land are launched in 2018, and all these land parcels are bought by several developers and they jointly build smaller units and raise the PSF prices, what can you do?

Seriously, there is nothing much we can do but accept that houses will become smaller.

8. Return of the Enbloc Fever due to Insufficient Land from Government Land Sales

As developers are trying to replenish their land bank, they also turned their attention to enbloc projects at very high per square feet per plot ratio (psfppr) price. The developers probably also priced in future price increase to win the bids.

The gap between the high land bids and mature estates probably lead to enbloc activities heating up. This causes developers to look for older estate to rejuvenate, likely to cause an entire estate to trend up in price as they sell new launches at higher prices and smaller sizes.

Redas has sounded warning that this franetic bidding up of Enbloc prices is unsustainable and I believe so too.

9. Salary growth is muted – Many jobless people dropped off from the statistics

While the Singapore Statistics point to a rising salary from the working residents, it is however believed that many people from the lower salary ranges have fallen out of the statistics.

Not only that, you import 5 top students from the neighbouring school, add them into your mix of 20 students, now you have the same 25 students but your school suddenly become a top school with very high median and average scores. In short, salaries are hardly growing, affordability is an issue.

You think that vacancy will stop property prices from rising? In the neoclassical economic model, yes.

But China’s experience is different and do not fit into this model.

Many China developers are coming to the Singapore market on the back of their China experience. The key feature of the China Developer’s experience is that property prices growth outstrip median salary growth and GDP growth even despite high vacancy rate of dwelling units.

In China’s case, it has 2 economies, a stagnant State Owned Enterprise (SOE) and an entrepreneurial economy.

This lead to property prices growing roughly in line with the entrepreneur economy growth rate and is highly correlated to entrepreneur’s growth.

However China’s developers will have to note that Singapore is/has: –

Their hopes of a gravity defying property price rise may not necessarily materialize unless we go the Hong Kong way or if we massively import people.

We are land scarce, but we are not short of units as we can always rezone land for higher density, so the scarcity could be artificial.

China developers may get burnt and say “OUCH”, but Singaporeans and PR will SCREAM in tiny flats for the rest of their lives while their neighbours ask them to keep their screaming down. PRs can leave to go back to their home countries for bigger space, ultimately it will be Singaporeans paying the price.

Developers are at higher risk when they bid higher and try to pass on the cost to Singaporeans and SPR through higher PSF prices or smaller units.

If all developers collectively bid high for land and also engage in bidding wars for enbloc redevelopments, then they will likely succeed in passing on higher price to consumers. Consumers will have no choice but to accept these price increases. Since incomes are hardly growing, the units will get smaller and smaller and one day we may live in little cubicles no bigger than a typical toilet.

“Along with the housing boom is the continuously rising and high housing vacancy rate. According to the China Household Finance Survey (2014, “CHFS” hereafter), in 2013 the average vacancy rates in the first-, second-, and third-tier cities in China were 21.2 percent, 21.8 percent, and 23.2 percent, respectively. Among different groups of households, 35.1 percent of entrepreneurial households own vacant houses. Furthermore, the proportion of households with vacant houses increases with household income. In the top decile income group, for example, 39.7 percent of households have vacant houses, which is about 22 percentage points higher than households in the lowest income quartile.

Housing prices growing faster than income implies a rapidly rising price-to-income ratio for average wage earners. Ge and Yang (2014) use data from the China Household Income Survey (2014) and find that the growth rate of real wages has been increasing since the economic reform in 1997. Between 1998 and 2007, average real wage growth reached 9.0 percent per year, almost as fast as real per capita GDP growth. However, housing prices have been growing much faster (nearly twice as fast—the gap between real housing price growth and real wage growth is more than 8 percentage points).” Page 5.

In particular, it increased steadily from 18 percent in 2001 to 26 percent before the start

“Note that entrepreneurs account for 17 percent of China’s urban population and that, conditional on holding vacant housing units, 25 percent of homeowners are entrepreneurs.” (page 7)

Connect with Paul Ho on Linkedin if you do not yet have any questions to ask and just want to stay updated on the property market. 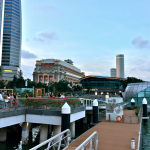 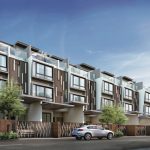