Designed as a ‘’City within a City’’, Suntec City is one of the largest integrated developments in Singapore, consisting of a shopping mall, world-class exhibition centre and five Grade-A office towers. The investment-grade office towers have been designed with no internal columns to provide maximum design efficiency. The office layout is cleverly designed around a central service core which allows for maximum views and natural light.

The offices at Suntec City are currently undergoing asset enhancement works which include upgrading of the main entrance lobby, reception and concierge area, and modernising lift lobbies and new washrooms for every office floor. The phased upgrading works are expected to be completed by Q1 2022 and will continue to strengthen value propositions to the office floors .

With a limited supply of quality office stock available for sale in the market, strata office opportunities of such scale are rare and sought after by investors.

Jeremy Lake, Managng Director, Investment Sales & Capital Markets, said: “ The outlook for the office investment market is compelling for investors. Rents are expected to start rising again in 2H 2021 and prices have already started to firm up in anticipation of the rental recovery. We are talking to a growing number of investors who are keen to buy offices in Singapore now that there is light at the end of the tunnel for the office market ”.

Strata offices in Suntec City are highly sought after due to the asset’s convenient location, column-free layout, wide spectrum of amenities at its doorstep and its panoramic views of the city skyline, Marina Bay and the Singapore Sports Hub.

And given Suntec’s stellar reputation as a Grade A commercial development that consistently attracts the very best MNCs to set up shop, investors are always on the look out to acquire such prime assets.

Mr Paul Ho, chief Mortgage Officer at iCompareLoan, said: “the sale of the Suntec City office portfolio brokered by Savills Singapore is concluded at a time when sales of offices in Suntec City are robust. There have been at least five transactions recently concluded in Tower 1. One of the latest unit sold on the 37th storey transacted at S$2,890 psf in May last year, while another unit on the 33rd storey in Tower 2 also transacted at a high of S$3,209 psf earlier in January 2020.”

Suntec City is a fully integrated mixed development with 5 towers of Grade A offices, a mega retail podium which spans across the towers and houses a world-class convention and exhibition centre located just off Nicoll Highway and the East Coast Parkway (ECP). Its prominent location is extremely accessible, with direct sheltered access to the Promenade, Esplanade and City Hall MRT Stations. 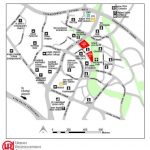 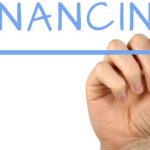