The Urban Redevelopment Authority (URA) has awarded the tenders for the Canberra Drive land sites (Parcels A & B) to Oasis Development Pte. Ltd. and United Venture Development (2020) Pte. Ltd. respectively.

The companies submitted the highest bids in the tenders for the two Canberra Drive land sites.

Details of the awarded Canberra Drive land sites and the successful tenderers are provided below:

“Canberra Drive Parcel A
All four developers who pitched for Parcel B, the larger site, also submitted bids for Parcel A. Incidentally, the top bid for Parcel A was tabled by the only developer who did not bid for Parcel B – Oasis Development.
Parcel A attracted five bidders, in line with our expectations of 4-6 bidders given its smaller quantum. The top bid of SGD129.2 million or SGD644 psf ppr was 3.4% higher than the next highest bidder – MCC Land and Greatview, and slightly lower than our earlier expectation of SGD670 psf.

Canberra Drive Parcel B
Meanwhile, Parcel B – being a larger site – garnered slightly fewer bids of four, also in line with expectations. The top bid of SGD270.2 million or SGD650 psf ppr by United Venture Development was 4.8% higher than the next highest bidder – MCC Land and Greatview, and slightly below our earlier expectation of SGD670 psf.

For Parcel B, there is also a requirement to build an Early Childhood Development Centre1 (ECDC) for infant care and childcare services within the proposed development for a minimum of 10 years from the date of issuance of ECDC licence.”

“Canberra Drive (Parcels A and B)
These two sites were launched for sale under the Confirmed List of the GLS programme for the second half of 2019. They were initially put on the Reserve List of the first half of the 2019 GLS programme as a single plot, but are now split into two parcels on the confirmed list. This will ensure that the sites are more digestible and will appeal to more developers.

Parcel B is almost twice as large as Parcel A, yielding up to 455 units while Parcel A can yield 220 units. The sites are attractive considering their proximity to Canberra MRT station, Sembawang Shopping Centre and Sun Plaza.

Recent transactions include Kandis Residence which was sold at a median price of S$1,254 psf in Q1 2020, with a relatively well take-up of about 75%. The most recent GLS sites awarded in the area were two EC sites at Canberra Link awarded at $558 psf ppr to Hoi Hup/Sunway, and $566 to MCC Land.” 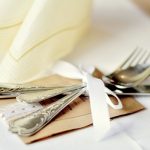