After a series of sharp increases, the fixed-rate mortgage packages of some local banks began to rise and fall, and the annual interest rate of some home loan packages has fallen below 4%.

OCBC told MediaCorp’s English-language news site CNA that its promotional rates, which were launched in mid-December last year, were 4.25% and 3.9% per annum for the two-year and three-year fixed loan packages, respectively.

The former was previously at 4.3%, while the latter was at 4% when it was first launched last month. The annual rate of the bank’s one-year fixed-rate package remained unchanged at 4.3%.

OCBC is the only local bank to have renewed its fixed-rate home loan package since November last year, when it joined DBS and UOB in raising mortgage rates to 4 per cent following another sharp hike by the US Federal Reserve above.

Standard Chartered’s two-year fixed-rate home loan package, for example, is currently at 3.85% annualized, down from a peak of 4.5% in late November last year.

The minimum two-year fixed-rate home loan for Citibank Citigold members is $800,000, and the annual rate has dropped to 3.85 per cent from 4 per cent in December.

Both banks declined to comment on the rate change. In response to CNA’s inquiries, Standard Chartered said only that it regularly reviews its home loan products and makes adjustments based on market conditions.

Maintaining the competitiveness of packages may be one of the reasons why some banks` fixed rates for mortgages have come down from their highs. There are also other reasons, including market expectations that the Federal Reserve will slow down rate hikes this year, as well as fluctuations in the Singapore Overnight Rate Average (SORA) in the last three months.

Paul Ho, chief officer at iCompareLoan said the decline could be due to lower U.S. inflation data and concerns about the state of the U.S. economy, both of which are fueling market expectations for a less hawkish Fed.

In a less hawkish market, banks are likely to keep a close eye on their fixed rate packages and adjust them to keep pace with SORA rates and market expectations.

“This reflects a range of uncertainties that persist in the macro environment and, in turn, the likelihood that mortgage rates will continue to fluctuate going forward,” said Mr Ho.

According to several news reports Fed policymakers said this week that they would support continued interest rate hikes and a top target rate of at least 5 percent, despite signs of peaking inflation and slowing economic activity.

“There are a lot of unknowns. Many believe that the Fed’s interest rate will rise to 5%, but it remains to be seen if the Fed will turn around at that time,” said Mr Ho.

“When all signs point to the possibility that interest rates will inch upwards, it is important for homeowners to refinance their home loans,” he added.

Refinancing can also be a great way to cash out on the equity built up in a home. This can be especially useful for homeowners who are looking to make home improvements, pay off high-interest debt, or invest in other assets. By refinancing, homeowners can tap into the equity in their home and use it for other purposes.

Refinancing fixed-rate mortgage packages can be a great way to improve credit score. If a borrower has a high interest rate on their mortgage and they refinance to a lower interest rate, it will lower their monthly mortgage payment and make it more affordable for them to pay on time. This will help improve their credit score over time.

Refinancing a mortgage can be a great way to save money, especially when interest rates are high. By taking advantage of lower interest rates, homeowners can lower their monthly mortgage payments, shorten the term of their mortgage, cash out on the equity in their home, and improve their credit score. It’s important to weigh the cost of refinancing against the potential savings and make sure it makes sense financially, but overall it can be a smart move for many homeowners. 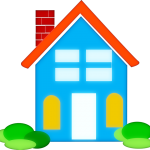 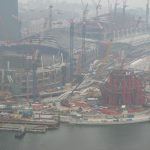