On 31 May, the government launched for tender a non-landed residential site at Dairy Farm Road from the Government Land Sales (GLS) Confirmed List, and opened for application two sites on the reserved list – one for non-landed development at Sims Drive, and the other for Executive Condominium (EC) development at Tampines Avenue 10.

The Dairy Farm Road confirmed list site for non-landed residential development with commercial on the first storey should see a healthy level of competition from developers due to its attractive attributes that count proximity to the Hillview MRT station on the Downtown Line, and easy access to the PIE, BKE and KJE. But above all else, homes on this land parcel will enjoy good rental demand from expatriates as it is sited just adjacent to the soon-to-be completed international school (i.e. German European School Singapore).

Further away, units in the 99-year leasehold The Hillier (part of a residential and commercial development with HillV2 as the retail component), which also received its TOP in 2016, changed hands at an average price of $1,375 psf in 2018.

In the Bukit Batok vicinity, Phase 2 of the 99-year leasehold residential and commercial mixed development Le Quest was launched two weekends ago at a reported average price of $1,380 psf.

Having regard to the above and given the current positive market sentiment, there is potential for this land parcel to set benchmark price for GLS land parcels in the Dairy Farm/Bukit Panjang/Hillview/Bukit Batok locality.

The nearby The Skywoods residential land parcel was sold for $616 per sq ft per plot ratio (psf ppr) in September 2012, but the Hillion Residences and Hillion Mall residential and commercial land parcel (that is integrated with a bus interchange and is directly connected to the Bukit Panjang MRT station on the Downtown Line) currently holds the record GLS land price of $805 psf ppr for the Bukit Panjang/Hillview/Dairy Farm/Bukit Batok locality. Units in Hillion Residences were commanding average prices of $1,496 psf in 2018.

Both the Sims Drive site for non-landed residential development and Tampines Ave 10 site for EC development can be expected to be triggered for sale, judging from the keen participation seen for sites in its vicinity for the former, and similar development for the latter, in recent times.

For example, in the Sims Drive vicinity, the Matter Road GLS site was keenly contested by ten participants and attracted a higher-than-expected top bid of $1,109 psf ppr when tender closed in April 2018.

Developers’ hunger for EC sites is evident in the 17 bids and record-breaking top bid attracted by the Sumang Walk EC GLS site when tender closed in February 2018. Underpinned by a hiatus of EC GLS tenders for one-and-a-half years prior to the launch of the Sumang Walk site, the absence of EC site in the East of Singapore, since the Sea Horizon site was sold in November 2012, rising private home prices and record low unsold EC developer inventory, the Tampines Ave 10 EC land parcel holds high potential to be triggered for sale.

An OCBC Investment Research report said that unlike non-landed properties which rebounded 1.3 percent in 2017, landed properties fell by 0.5 percent. But this is set to change according to iCompareLoan‘s chief mortgage consultant Paul Ho.

Mr Ho said that “as the sales proceeds start to come in from the en bloc sales completion from now till 2019, landed properties, especially the Inter-terrace segment will hot up.”

This Mr Ho believes is because en bloc sales homeowners who are flush with cash, will resort to value hunting instead of choosing smaller condominiums which are beginning to sell at unbelievable prices. Mr Ho also referred to CDL’s New Futura condo launch which sold 48 units at an average price of over $3,200 per square feet (psf). The non landed property market has not seen such prices since 2013,

The upward trend in the price of non landed properties is in its early stages and so is sustainable, Mr Ho believes. He referred to Fourth Avenue government land sales to Allgreen properties for $533m to drive home his point.

“Dynasty lodge has also been sold en bloc. Bukit Timah private residential properties in District 10, one of Singapore’s most sought-after district is starting to see action after being sluggish for a long time.”

Mr Ho attributes the bullish non landed property market to the recent en bloc activities, which has seen a record number of en bloc collective sales of older condominiums. “This has led the property sellers to ask for higher selling prices,” he noted.

OCBC analyst Andy Wong Teck Ching supported Mr Ho’s views on the upward trend of non landed property and pointed to a number of notable transactions in the high-end segment.

“For example, City Developments Limited’s (CDL) freehold New Futura project at Leonie Hill Road saw 48 units sold (75% out of the 64 units launched) at an average selling price of over $3,200 psf (as of 22 Feb 2018). Gramercy Park, another freehold project in the Orchard Road vicinity (Grange Road), is now 97% sold with achieved ASP in excess of $2,800 psf.”

Such upward price surge for non landed properties however, may not hold true for cheaper estates or districts will have lesser branding for developers to do their markups, Mr Ho believes. “If you want to build a ‘Landmark’ project, you pay a good price for the land, you will also need a similarly remarkable ‘Brand-able’ district in order to hype it up for a larger selling price,” Ho said.

A traditionally non-luxury district will not be able to command a similar price premium regardless of how much the developer bought the land for.

This can however be mitigated if developers held power and pay the property agencies top commissions. buyers who hold out will eventually give way and give in to the higher prices, the consultant said. This could inflate the entire market around the vicinity.

—
If you are home-hunting, our Panel of Property agents and the mortgage consultants at icompareloan.com can help you with affordability assessment and with best home loans. The services of our mortgage loan experts are free. Our analysis will give best home loan seekers better ease of mind on interest rate volatility and repayments. 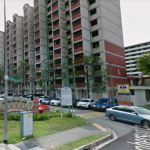