Minister for National Development, Lawrence Wong, has assured Singaporeans that the Government has got no intention of developing underground residential spaces. Wong announced this at the Launch of the “Underground: Singapore’s Next Frontier” Exhibition on 30 May.

Wong said that the Government was listening to Singaporeans, as well as learning from other leading cities to do even better for Singapore. This was the reason why Singapore was embarking on plans to better use its underground space, Wong said. He added that there were many possibilities for developing underground spaces, and that the Government will  continue looking for ways to expand the use of Singapore’s limited land resources to provide more options for its future generations.

“Exploration into underground space is not something new in Singapore. We started this journey decades ago – with underground utility cables, and water and sewage pipes. In 1965, the first large-scale underground car park in Singapore was officially opened at Raffles Place. Later on, we added underground MRT tracks and stations, as well as underpasses. Deeper underground, we built Southeast Asia’s first underground cavern for oil storage, and the world’s most advanced underground ammunition facility. Together, these underground developments saved us 360 hectares of land. That is roughly the size of today’s Marina Bay.”

Wong said that his Ministry has studied how other cities like Tokyo, London, and Helsinki use their underground spaces and that Singapore was still far from maximising the potential of underground space in Singapore.

In his speech, the Minister encouraged Singaporeans to think about how we can better explore and develop our next frontier – spaces below the ground (which does not include underground residential spaces).

In assuring that there are no plans to develop underground residential spaces, the Minister said that his Ministry’s “priority is to locate supporting infrastructure underground – utilities, storage facilities, and transport infrastructure.”

He added: “These are infrastructure needed to support and serve our metropolis, and there are many of them to go underground. There is a lot that we need to plan for.”

He cited the Marina Bay’s Common Services Tunnel as an example of housing utilities in specialised underground spaces, which is not designated as underground residential spaces.

“It removes noise, dust, and traffic disruptions when maintenance works are carried out, because workers do not have to dig up pipes or cables under the roads. We are now actively looking to have Common Services Tunnels in other areas such as the Jurong Lake District. These strategies allow us to free up surface land for more homes, more amenities, and more green spaces – things that matter to Singaporeans, and that can improve the quality of life for everyone.”

The Government’s plans for spaces underground (which are not designated for underground residential spaces) will have a great influence on design of Singapore’s appearance in the coming decades.

In planning such underground spaces, the Government has to emphasise preservation of existing character of the streets and the spirit of the place, while improving them by maintaining protected and planted spaces through more efficient use of underground spaces.

—
If you are home-hunting, our Panel of Property agents and the mortgage consultants at icompareloan.com can help you with affordability assessment and with best home loans. The services of our mortgage loan experts are free. Our analysis will give best home loan seekers better ease of mind on interest rate volatility and repayments. 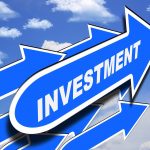