Data released by the Urban Redevelopment Authority of Singapore (URA) on Tuesday, 15 September, showed that 1,256 new private homes, excluding Executive Condos (ECs) were sold in August, up by 16.3% month-on-month (MOM) from the 1,080 units that were shifted in July 2020. This brings new private home sales (excl. ECs) in year-to-August to 6,198 units, down just 4.5% compared to the 6,490 units sold in the first eight months last year.

Commenting on the new private home sales Ms Tricia Song, Head of Research for Singapore at Colliers International, said: “Residential developer sales continued to defy economic gravity in August as pent-up demand fueled the second straight month of sales over 1,000 units. This is also the most robust monthly sales since September 2019, despite the start of the traditionally quiet period of the Lunar Seventh Month – commonly known as Ghost Month – on 19 August. One of the reasons could be attractively-priced freehold project launches.”

The best-selling private residential projects in August were:

There were three new project launches in August – Forett at Bukit Timah, Noma and Mooi Residences – which made up 19.1% of total new private home sales in August (including executive condominiums).

Of the new launches, Forett at Bukit Timah sold 213 units or 34% of its total 633 units in its first month of launch, a rather outstanding performance, probably due to the freehold land tenure and competitive price point of S$1,933psf. Efficient layouts meant that median price quantum per unit works out to be S$1.45 million, which fits in the sweet spot for most families.

In analysing the new private home sales data, Ms Song added: “The strong sales in August pointed to yet-satiated pent-up demand as well as confidence in the property market, which have gone against the worsening economic conditions and rising unemployment. August’s sales also signaled buyers’ propensity for “value” as attractively-priced freehold city fringe projects garnered the most interest.”

Colliers International noted that with the new private home sales, some of the better-performing projects have seen prices move up, such as Stirling Residences which has now crossed S$2,000 psf.

“This is likely to motivate buyers to consider other comparable projects which have lower prices. Upcoming major projects in the pipeline include 566-unit Penrose at Sims Avenue, 640-unit Clavon at Clementi Avenue 1 and 396-unit The Landmark. We now expect 2020 developer sales to fall about 15% to 8,400 units from the 9,912 units in 2019. With home prices highly correlated to household income and job security, we expect private residential prices could decline 5% in 2020, in line with the economic contraction.” 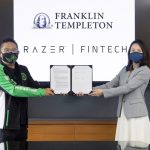