Chris Kuan, a prominent socio-economic commentator and a retired banker, has suggested that HDB flat owners whose leases are running out soon may only be “saved” by a bail out of a “wall of money. The following are his views.

—
HDB is reminded of the ticking time bomb that it is since a notable letter was published in the Straits Times about seniors having troubles selling their older HDB flats. But it is also something of a political “big bazooka” (to borrow the famous term used by European Central Bank president Mario Draghi).

The “big bazooka” is descriptive of how most rich-economy central bankers began printing money to buy assets to stimulate growth during severe recessions.  Massive amounts of capital flowing out of the economy to the emerging markets in anticipation of quantitative easing is known as the Wall of Money or the “global search for yield”.

Only in our case, the ‘wall of money’ will be to bail out HDB flat owners. How so, you may wonder.

Well, the only way to avoid or minimise the destruction of household equity caused by the non-recourse 99 year HDB lease is to monetize the flat – through the Lease Buyback Scheme (LBS), the Selective Enbloc Redevelopment Scheme (SERS) or to downgrade. Of the three, only the last option requires someone to buy the flat from you and that someone will face household equity destruction (possibly even worse than what you faced, depending on price).

The other two require the Government to cough up monies to compensate the HDB flat owner for the remainder of the lease. Of course, there is no such thing as a “free lunch” because the price of the LBS and SERS are driven by “market prices” (which also explains why the Government has been warning about the overpaying for resale HDB flats).

The lower the price of HDB resale flats, the lower the equity release from LBS and SERS, and so, the less the money the Government needs to cough up. This, of course, means that the owners of aging HDB flats have less money to supplement their income.

But since the Government has a complete monopoly on LBS and SERS, the market is really what it decides the market is. Therefore the million dollar question is, “as more and more HDB flats approach the “cliff” of sharply falling values due to shortening remaining lease, what is the possibility of the Government raising the LBS and SERS price and implement more of the latter than the present miserly pace to better compensate an increasing number of HDB owners?”

To answer that, HDB flat owners have to ask, “how likely am I to vote against the PAP?”

Hence, HDB flat owners can signal the problems they face with aging homes which are running out of lease through their vote.

But how is the Government going to pay for bail out? It will most likely tap on the reserves and if it did that, it won’t be breaking the Constitutional rule which prohibits spending the reserves.

Why? Because according to how our Constitutional rule is interpreted, drawdowns of past reserves to pay for land acquisition and development is counted as a change in type of reserves (i.e. from financial reserves to land reserves).

The Government has explained to Singaporeans that it needs “to grow the reserves for the increasing needs of the next generation”. But what we have to consider is, whether the rather large reserve is really to pay for that political “big bazooka”, just in case the political dominance of the incumbents comes under threat.

For the saying, “grab ’em by their wallets and their hearts and minds will follow,” is often true.

—
DISCLAIMER: The opinions expressed in this article are the author’s own and not representative of the views of icompareloan.com. 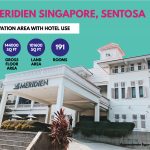 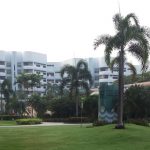