Despite HDB resales inching up resale prices came down by 2.4%

Prices in mature estates saw a steeper decline of 2.7 percent Year-on-Year while prices in non-nature estates decreased by 2.2 percent.

For HDB towns having more than 10 resale transactions with T-O-X in February 2018, Pasir Ris reported the highest median TOX of POSITIVE $12,000 followed by POSITIVE $11,000 in Serangoon. This means that majority of the buyers in these towns have purchased units above the computer-generated market value.

Amongst HDB towns having more than 10 resale transactions with T-O-X in February 2018, the lowest median T-O-X was in Ang Mo Kio at NEGATIVE $14,600, followed by Toa Payoh at NEGATIVE $7,000. This means that majority of the buyers in these towns have purchased units below the computer-generated market value.”

Is it a good time to Buy HDB RESALE flat?

Despite the HDB resale prices seeing a downward trend, there are several reasons why it is still a good time to buy one.

According to a press release by Propnex, around 80 per cent of HDB resale flat transactions in 2016 had no Cash Over Valuation (COV).

COV refers to the price of an HDB flat above its assessed value. This amount must be paid in cash, and cannot be covered by the home loan. If the last time you purchased a HDB resale flat (or looked at its price) was before March 2014, you might be interested to know the rules have changed. Buyers are now required to negotiate the total price of the flat, before the actual valuation. This means that COV is no longer an expected norm, which accounts for the significant increase in affordability (in the old days, such as in 2011, COVs hit sky high figures that often exceeded $35,000).

It is this change in March 2014 that really drove down the COV, and made HDB resale flats more affordable. However, the effect is now compounded by the general slump in property prices, which makes HDB resale units financially attractive.

What about those who want to live near your parents? Under PHG, you will continue to receive $20,000 and $10,000 respectively for couples and singles. However, the qualifying definition of proximity has been redefined. Instead of 2km or within the same town/estate, the proximity definition has been simplified to just 4km from your parents’ public flat or private property.

In addition with the other CPF housing grants, the total potential subsidy for a HDB resale flat is now $110,000. If your main aim is to live in a mature area, and you want a condo, you might want to consider HDB resale instead:

ERA said in 2015 that HDB resale flat prices rose a staggering 104 per cent between 2005 and 2015. Comparatively, resale prices have fallen by just around 10 per cent since the peak in 2013. The so called “slump” is mainly illusory for sellers of HDB resale flats. Now might be an ideal time for many of them to upgrade, given that private property prices are also low. On top of that, they shouldn’t have a hard time finding buyers at all, given the strong interest and subsidies for resale flats.

It’s a rare situation, in which both buyers and sellers can claim to be coming out ahead.

Really, HDB flat is not for everyone as the regulation keeps changing. You may want to check out when is the best time to buy a property in Singapore.

But if you’re not using an HDB loan, don’t forget to factor in rising interest rates

Gone are the days of cheap interest rates, which partly fueled the property market in 2008/9. Most SIBOR based interest rates are now around two per cent per annum and climbing, as American normalises and imposes rate hikes (these eventually cause interest rate to rise in Singapore as well). Fortunately, there are a range of other options – such as Fixed Deposit Home Rates (FHR), which are detached from SIBOR rates. Speak to one of our mortgage broker, and we’ll help you keep your home affordable in the long run.

For those who are yet unfamiliar, read more about what is a Mortgage Broker. 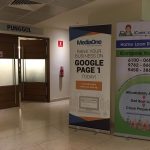