Highgate condo is not going downhill insist subsidiary proprietors (SP) who oppose the collective sale of the freehold property. Highgate condo built in 1995, is located in District 21 and has a total of 216 units. The SP (homeowners) kept insisting that they were not anti-sales, but merely wanted a successful sale where every SP wins.

The SP made these comments at the condo’s town hall session which was called last Wednesday (4 April), to share information on the potential en bloc of the non-landed property. The information sharing session had several presenters, including the chairman of the Highgate condominium management committee chairman Dr Victor Fan. Another presenter, Siew Yam, shared data on unit price by type (before and after apportionment). He suggested that the data showed that the reserve price suggested by the marketing agent (S$450 million) may not be fair to all SP. Grace, another SP who presented at the info sharing session asked how many had read the draft of the collective sale agreement (CSA). Only a handful of SP present said that they had read the CSA. Grace said that some SP had proposed several amendments to the appointed lawyer in February 2018, but that the lawyer had not responded to the requests yet. Grace shared some of the proposed amendments to the CSA at the meeting. Mr Paul Ho, chief mortgage consultant of icompareloan.com, who presented at the info sharing session at the invitation of Dr Fan suggested that whatever decision the SPs made, it is better to make it fast so that the sale (or non-sale) can be concluded with minimal delay and maximum benefit to the SP. One way is to conduct a Collective Sales Agreement (CSA) as well as concurrently collect a “Non Collective Sales Agreement (NCSA)”, so that once a NCSA reaches 20%, the En bloc process is called off. There is really no point to drag on.

As En Bloc sales process takes 20 to 30 months to complete, during this time, the owners typically do not have sufficient funds for downpayment and their CPF OA funds are tied up in the property, hence they cannot buy a new condominium early. By the time the transaction is completed in 20 to 30 months later, the property prices would have already moved  up 10 to 20%. This is already evidenced by sellers of older estate asking higher prices. Hence if the process takes 20 months to 3o months, maybe the subsidiary proprietors may need to consider the cost of a replacement unit by that time, else they may want to hold up a higher selling price.

Mr Ho pointed out that the rules are quite onerous and stringent and is governed by the Land Titles (Strata) Act – section 84A. Along the years, additions and amendments by the Ministry of Law to the en bloc law have made the collective sale rules even tighter. He said that many of the home owners who refinanced their home loans to fixed rate home loans or those with 2 years locked-in or 3 years locked-in period will incur full home loan redemption penalty. This penalty is usually 1.5% of the loan amount. This tends to affect those who have bought their properties in recent years as their loan size tends to be bigger and their corresponding home loan redemption penalty higher.

Mr Ho said that in any en bloc sale, the odds are unfairly stacked against objectors to the collective sale. He pointed out that an objector basically has very little rights, and any lawsuits they raise against the sales committee is at their own legal cost. If they were to lose the lawsuit, this would set them back by hundreds of thousands of dollars. As they have no platform to launch an objection, it is expected that most objectors will be bullied into silence as many would be worried about the cost of losing such a lawsuit.

Mr Ho was very impressed with the proposals for a higher asking prices for the Condominium En Bloc Sales that is substantially backed up by references and price data.

On the other hand, the CSC is usually not afraid of any lawsuits, because all or any cost involved in such lawsuits will be taken off the sales proceeds and divided amongst all the home owners in case of a successful en bloc.

At this point of Mr Ho’s sharing, one of the SPs floated the idea of “equal share equal risk” for the collective sale of Highgate condo.

The SP said that if the collective sale does not go through for one reason or another, the deposit should be returned not only to the consenting SP, but also to the objectors. Dr Fan said that the Highgate condo is not going downhill and will last for at least another 10 years. He added that the development has seen several major developments and still has close to half a million dollars in its sinking fund. Dr Fan said that new projects were on hold because of the collective sale attempt. As a parting shot, Dr Fan reiterated that most of the objectors were not against the collective sale and will support the en bloc if the price was right. He said that Highgate condo was situated at near the Bukit Batok green-belt and that it was a plus for those who live in that development to breathe in the fresh air. 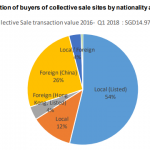 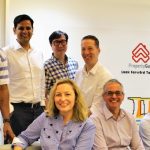