The falling of the US unemployment rate to a historic low of 3.8 per cent has not only fueled a stock market rally in Wall Street, but it has also virtually guaranteed that the Federal Reserve will raise interest rates soon. The optimism in the US markets is also boosted by US President Donald Trump’s announcement that he would meet North Korean leader Kim Jong-un in Singapore on June 12.

Speaking on the strength of the employment report, High Frequency Economics chief US economist Jim O’Sullivan said more wage growth acceleration was likely in coming months. “The data remain more than strong enough for the Fed to tighten again at that this month’s meeting,” he said.

Jim O’Sullivan almost echoed Peter Hooper (chief economist at Deutsche Bank Securities) who in mid-May warned that the US Federal Reserve (Fed) is likely to turn more aggressive than it is currently indicating, and that there will be more Fed interest rate hikes than expected coming this year.

In speaking to CNBC, the economist said that despite assurances that it was going to be gradual with its tightening, the Fed will need to speed things up due to good growth, and that they are likely to indicate a shift next month at the Federal Open Market Committee (FOMC) meeting. Hooper predicted that the Fed will have four rate hikes this year instead of the three which was announced.

“The Fed’s got to worry about A: falling behind the curve and letting inflation get out of control; B: tightening too hard and pushing the economy into recession. This is a very delicate balance,” Hooper said.

The Fed interest rate were raised in March by 0.25 per cent. The increase is the first under new Fed Chairman Jerome Powell. The rate hike was much anticipated as the American economy is expected to grow in 2018, and the statistics for unemployment is near record lows.

“In determining the timing and size of future adjustments to the target range for the federal funds rate, the Committee will assess realized and expected economic conditions relative to its objectives of maximum employment and 2 percent inflation,” it added.

Powell told reporters that even with the hike in the FED interest rate, the US’ economy is “healthier than it has been since before the financial crisis. It’s a healthier economy than it has been in 10 years.” He, however, acknowledged that central bankers now consider the prospects of a global trade war as a “more prominent risk” to the economic outlook.

The Fed’s quarterly report predicted the benchmark interest rate to end this year at 2.1 per cent. This means that two more hikes are possible. The FED interest rate may rise to 2.9 per cent at the close of 2019, which means that there may be 3 more increases by that time.

Powell has said that the Fed will gradually raise interest rates toward historic averages while the economy continues to expand, and urged caution when weighing individual Fed officials’ predictions.

“I think like any set of forecasts, those forecasts will change over time and they will change depending on the way the outlook for the economy changes,” Powell said.

Any Fed interest rate hike is expected to have an impact on credit cards, mortgages, vehicle loans and bank savings accounts here.

This is because Singapore interest rates are closely correlated with those in the US. The SIBOR (Singapore interbank offered rate) for example, will to go up, denting some of the enthusiasm in the buoyant property market.

“3-month SIBOR crept up in May to near 10-year highs. We expect the Singapore banks’ NIMs (Net Interest Margin Securities) to be on a gradual upward trend given expectations of 3 or more Fed rate hikes in 2018. NIM expansion will be the main share price catalyst for the next few quarters. Despite the 40bps increase in SIBOR this year, mortgage loans growth has remained resilient at 4.4% YoY. Therefore, we do not expect new mortgage loans to be adversely affected by the gradual increase in SIBOR.”

Phillip Securities Research said that it was maintaining Singapore Banking Sector at Accumulate as loans growth remains healthy. “The continuing rise in SIBOR and SOR will keep NIMs elevated”, the report said.

Adding: “Volatility in the capital market may place some downward pressure on wealth management business. Banks are benefiting from both expanding loan volume and margins this year.”

Since the beginning of this year, banks have raised interest rates for both fixed and floating home loan packages by 10 – 30 basis points (bps). Some banks have already upped their mortgage rate to 2.05 per cent, to keep pace with the increasing interest rates.

Banks, however, are usually slow off the mark in raising the interest rates in response to global news. This lag time is where a mortgage consultant can best help a distressed buyer to finance a new purchase or to refinance their current property.


If you are home-hunting, our Panel of Property agents and the mortgage consultants at icompareloan.com can help you with affordability assessment and with best home loans. The services of our mortgage loan experts are free. Our analysis will give best home loan seekers better ease of mind on interest rate volatility and repayments. 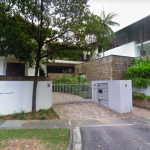 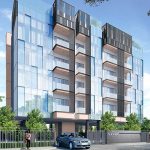