Sibor and Sor, how does it affect your home loan mortgage rates and monthly instalment?

How does Sibor work?

In Sibor, banks lend to each other. Many people think that Sibor is traded on an exchange or an internal mechanism within Association of Banks of Singapore (ABS). Thomson Reuters is appointed as the calculation agent to collate the Sibor rate.

Each contributor bank would provide the rates at which it could borrow funds, (were it to do so) by asking for and then accepting the interbank offers in reasonable market size.

There is no definition of reasonable market size, but widely believed to be in minimum tranches of S$10 to S$20 million.

The participating banks are: –

When one bank borrows, it means another bank deposits funds with it. These deposit rates are then reported based on the following maturity, in Singapore dollars: –

A minimum of 12 banks shall submit rates for each maturity date for the day’s rates to be valid.

If more than a minimum of 12 banks reported the rates, the reported rates are then ranked from highest to lowest with the Top and bottom quartile truncated. The remainder transactions are considered valid and will be averaged to obtain the Sibor rate for the day.

Many people have asked whether the SOR is more volatile and whether it is risky. Here we break down the mechanisms of how SOR comes about.

What is SOR? It stands for Singapore Dollar Swap Offer Rate (SOR).

“Cross Currency Swap is a legal agreement between two parties to exchange principal and interest payments in two different currencies on a periodic basic, for a specified period. Cross currency swap offers companies opportunities to reduce borrowing costs in both domestic and foreign markets. It is also a simple and effective solution for long term currency and interest rate hedging needs.” (Source: HSBC)

Spot Rate: This is the Currency exchange weighted spot rate of all qualifying transactions electronically routed through an approved broker. Only trades meeting the minimum notional amount will be counted. (Appendix 1: Trades to be counted as a Qualifying Currency Trade)

Forward Points – When banks swap a currency, say Singapore dollars into USD and back, they agree on the current spot rate (near leg) and a future spot rate (Far leg). If it is for a 3 month SOR, then the future is 3 months down the road.

For example the Spot rate today is USD : SGD is 1:1.3514, 90 days later, the banks agree to swap back the currencies based on 1: 1.3511. This essentially means that the banks think that the USD will become weaker against the SGD.

Hence the Forward Point is calculated from using the Far Leg to minus the Near Leg.

In short, the SOR is always a US Dollar versus the Singapore Dollar Swap unless otherwise stated.

Swaps are hedging instruments used in the bank’s treasury functions for risk management of currency risks.

A business manufactures in Singapore, and its goods and material and labour are in Singapore dollars, but this business sells and quotes its prices in US dollars.

3 months down the road, nobody really know what the rate would be. There could be a financial crisis, war, terrorist or simply regulatory hurdles.

The company receives US$681,481 and converts this to Singapore dollars to receive S$858,666. This essentially wiping out most of the company’s profits.

How does SOR behave against US Dollar versus Singapore Dollar exchange rate? This means that there is more likelihood that the US dollar will strengthen against the Singapore dollar as US is on a recovery path whilst the rest of the world is slowing down.

Strangely even as Singapore adopted this neutral currency appreciation stance, the Singapore dollar strengthened against the US Dollar. And the market concurs with the SOR trading lower than the Sibor.

Should I choose Home Loan Packages based on Sibor or SOR?

Sibor and SOR tends to have similar mean (averages) over longer period of time.

iCompareLoan can assist you in your choice of Home Loan packages.

Find out about what is SORA. 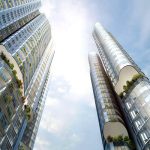 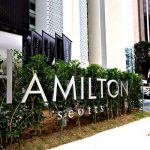