Savills Singapore on Oct 21 announced that it is has been appointed as the sole agent on the sale of International Press Building.

International Press Building, a detached six-storey industrial building with a total site area of approximately 54,000 square feet, is located at 26 Kallang Avenue in the central region of Singapore. It has a gross floor area of approximately 134,000 square feet, with a plot ratio of 2.5 under the 2019 Draft Master Plan. The JTC land has a leasehold tenure of 60 years, effective from 16 February 1990, with a remaining lease of about 31 years.

Public transport is available along Lavender Street, and from Lavender and Bendemeer MRT stations which are a nine-minute walk distance away. It is also accessible via Nicoll highway, Central Expressway and East Coast Parkway.

Sharon Teo, Managing Director, Business Space, Savills Singapore, who is handling the sale, commented: “This is an extremely rare and excellent opportunity to own a Business 1-use site located at City fringe, and with such superb accessibility walking to MRT and amenities. The site’s prominent and unblocked visibility facing main Kallang Road will offer occupiers with a strong branding presence in the central region of Singapore.”

International Press Building is on the market for $30 million, or about $224 psf on the floor area. The property will be sold with vacant possession.

Mr Paul Ho, chief mortgage officer at iCompareLoan, said, “investors will be drawn to these B1 developments such as the International Press Building because it is able to attract occupiers who want lower rents vis-a-vis commercial property rents and also because of its proximity to MRT stations.”

Unlike most Singaporean towns, Kallang does not have an integrated town centre. Instead, its commercial activities are largely concentrated at the Singapore Sports Hub, as well as within the subzones of Lavender and Crawford.

The Singapore Sports Hub vicinity is home to two shopping destinations, Leisure Park Kallang and Kallang Wave Mall, as well as a cultural venue, the Kallang Theatre. Other than retail outlets, Leisure Park Kallang also has a cinema, an ice skating rink and a bowling alley. Various other shopping malls such as the City Square Mall along Kitchener Road, Mustafa Centre along Syed Alwi Road and Aperia Mall along Kallang Avenue are also situated within the boundaries of Kallang.

In recent years, areas along Beach Road and Jalan Sultan have seen new commercial developments, such as The Concourse and City Gate, due to their close proximities to the adjacent Central Area.

Kallang is currently home to numerous light industrial estates. Many heavy industry factories have been relocated away from this area to promote residential and commercial use. Today, most of Kallang’s industrial estates are clustered at Kallang Avenue, Kallang Bahru, Kallang Place, Kallang Junction, Kallang Sector and Kallang Way. There are plans to redevelop Kallang’s industrial zones into mixed-use developments, including a hub for high-value and knowledge-based businesses called the “Kallang iPark”.

Prior to modern developments, Kallang was home to a booming shipbuilding industry, particularly due to its coastal location and the presence of numerous waterways in the area. Shipbuilding companies were found around present-day Upper Boon Keng Road and Jalan Benaan Kapal (literally “Ship Construction Road” in Malay). In particular, the latter was the location of the first purpose-built marine industrial estate in Singapore, before the area was transformed into a sporting and lifestyle precinct. Across the Geylang River, numerous shipbuilding companies, including John I. Thornycroft & Company and Singapore Slipway, once straddled the coast of Tanjong Rhu.

The Draft Masterplan 2019 promises to inject more new homes and work places along the Waterfront of Kallang River. The Kallang River presents rejuvenation opportunities for new homes, work places, recreation and community spaces. With its route winding through the central region of Singapore, both public and private housing will be introduced in precincts along the river to enjoy the great connectivity.

As efforts are being made to improve connectivity, the river too will be made more scenic for nearby residents and visitors. Several stretches of waterways at Upper Boon Keng Road to Sims Avenue, Potong Pasir, and Kolam Ayer have been given a facelift through the PUB’s Active, Beautiful, Clean Waters projects. Other stretches along Kallang River are also being studied for such improvements.

At the ‘Kallang Alive!’ Sports Hub area, Sport Singapore is introducing more sporting and community facilities to strengthen its standing as an inclusive sporting precinct. The nearby conserved Old Kallang Airport can also be put to a variety of community, sports and recreational uses for all to enjoy. More intermediary habitats can also be provided along the river for biodiversity and wildlife to thrive.

The existing Kallang Industrial Estate will also be transformed in the longer term into an attractive mixed-use precinct along the waterfront. 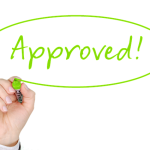 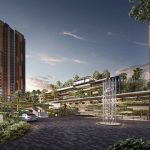