Many Singaporeans have always viewed Malaysia with some apprehension. Some say it is more dangerous and not as safe. Well, in a larger country, it is always not as safe if you stray into the less lit areas. However Malaysia as well as the KL property market is set to be transformed by massive infrastructure investments and transport connectivity.

I will be speaking about Malaysia Economic Fundamentals & Currency Outlook at

For more information and to RSVP for the seminars, please contact 9325 2255. What are the key drivers of Malaysia’s transformation?

Malaysia is a major beneficiary of China’s modern day Silk Road, called the one-belt-one-road initiative to connect and improve regional economies and increase trade. Singapore has traditionally controlled the sea routes from which an approximate 15% of the world’s trade pass through. And the narrative that Singapore was a Fishing village that grew into a world class city that it is today, that is untrue. Singapore is already well endowed without any raw mineral resources, but geography has dealt Singapore a deck of winning cards. A constricted Malacca straits, ships has to pass through Singapore and stop at Singapore. Why stop at Singapore? Singapore has a natural deep sea port that is very rare in the world. Located at the choke point of the trade route and endowed with a natural deep sea port, this made Singapore what it is today. This geography made Singapore great as ships came, so did talents from all over the world. It is true that talents made Singapore great, but it is the ideal geography (born lucky) that brought in the talents to work here.

Singapore controls a strategic choke point in the sea routes between east and west. Malacca could not simply take Singapore’s place as the straits of Malacca is very narrow and Malacca’s ports are not deep enough and the technology to make the ports deeper were not advanced in the earlier days and the cost is way too huge.

In recent years, Singapore’s leaders have tilted towards the US against China, China has realised that it cannot rely on Singapore to guarantee it’s crude oil supplies if Singapore were to side with America during a conflict. Hence China needs the One-belt-one-road to build alternative routes into China, else it will be starved of critical resources such as crude oil.

Malaysia is therefore chosen as a second choice to Singapore, in which to ensure safe passage of critical supplies to China.

Goodies That came with Malaysia’s closer alignment with China

In 2016, Malaysia’s Prime minister led an entourage of ministers and business leaders and came away with the following: –

With top people on their board of advisory such as Mr. Jack Ma for their digital transformation, we expect Malaysia to see more innovative digital innovation initiatives. A large part of these may take root in the Multi-media super corridor (MSC), bringing Malaysia onto the world map. The renewed digital push will also greatly enhance the KL property market. Malaysia continues to attract investors through healthy Foreign Direct Investment from China and beyond.

There is also the HSR signed in 2016 between the Malaysian and Singapore government, linking Singapore to Kuala Lumpur.

One of the major thrust is infrastructure investment that is transforming Malaysia and stimulating it’s domestic economy as well as the ascension of Kuala Lumpur KL property market into a Tier 1 city  becoming more connected and more liveable.

China is one of the major beneficiary of China’s Belt and Road Initiative. (Globalriskinsights, https://globalriskinsights.com/2017/09/impact-chinese-investments-malaysia/)

Many people have always worried about the Ringgit and the Malaysia economy. In fact there really have nothing to worry about.

Malaysia runs consistent budget surplus for many consecutive years. And integrated Circuits, manufacturing made up 42% of it’s economy. Hence the impact of petroleum on it’s budget is hugely over-rated, moreover it also imports various oil derivative products to the tune of what it imports, negating any loss. Malaysia is a moderately advanced economy with economic complexity at 14th out of 89 countries measured and the world’s top 20th exporters.

A quick snapshot of Malaysia’s macro economy shows you a very strong and robust economy.

Malaysian’s Stock market remains at close to the height, but there is nothing to worry as CEIC indicated that the overall P/E ratio of Bursa Malaysia is at 16.51 times. This is within the healthy range. This indicates the expectation of stronger earnings.

The strong trade surplus, shrinking budget deficit, strong GDP, low overall government debt, stable Foreign direct Investment (FDI) is a strong confidence booster to the ringgit coupled with the massive amount of infrastructure projects supported by China that Malaysia would have otherwise not been able to do itself means, all looks good for the macro fundamentals. Bank Negara has also banned offshore Non-delivery forward trades, earning the ire of speculators, but stabilising the Ringgit. Given the strong reserve position and limited opportunity for speculators to short the market, the Ringgit should remain stable vis-a-vis the US dollar.

Bond issuance is expected to be moderate given the rush last year 2017 to refinance the bonds before interest rate normalisation.

Malaysia is a big country. There is ample land for development and property projects. This is also part of the reason why Malaysian property index stays flat. However with new infrastructure development, established estates, town or city centres will continue to see demand.

Despite the luxury market remains challenging, we see positive development from congested city centres. More and more Malaysian are moving into the city to avoid the traffic jams to stay near to where they work. Kuala Lumpur has a heavy traffic flow, and with the advent of the multiple LRT, MRT, Monorail line, MRT line 1 and MRT line 2, areas in and around the Bukit Bintang area, mid valley city, Selangor Golf club areas are going to become more and more exclusive. The high speed rail HSR is also slated to start latest by 2026, by any chance it should be earlier. This is going to bring massive traffic from Singapore business person directly into the city centre.

As KL is congested, we are now seeing a trend within the KL property market of integrated developments that includes, hotels, service apartments, themed shopping malls, entertainment, Meetings, incentives, conferencing, exhibitions.Meetings, incentives, conferences and exhibitions (M.I.C.E.) and transport hubs within the development. This brings vitality to the development and rental demand. Good developers such as Ecoworld that has the financial muscle and vision are increasingly transforming the Malaysian property landscape. Bukit Bintang  City Centre is one such project that will start the ball rolling to transform the KL property market.

Get unique perspectives on the Malaysia KL property market: –

I will be speaking at Asia Square Tower 1, #15-07B (Entrance from South Lobby)

For more information and to RSVP for the seminars, please contact 9325 2255.

Connect with Paul HO on Linkedin.

You may want to read also about buying a property in Singapore. 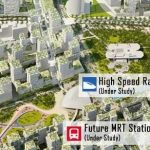 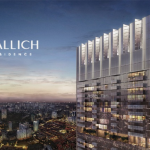