Median resale prices of Housing & Development Board (HDB) flats continue to drop even as the public housing developer announces the release of thousands of new Build-To-Order (BTO) flats. The HDB today announced that the Resale Price Index (RPI) of HDB flats fell by 0.8 per cent, from 132.6 in 4th Quarter 2017 to 131.6 in 1st Quarter 2018.

The drop in median resale prices of HDB flats is announced amidst the public housing developer’s offer of about 3,900 new flats in Sengkang, Tampines, Toa Payoh and Yishun in the May 2018 BTO exercise. As for median rents, flats in the Central Region, Queenstown and Bukit Merah continue to command top prices, while flats in Bukit Panjang and Choa Chu Kang commanded the lowest prices. The drop in the median resale prices comes amidst the record breaking sale of $1.08 million in Queenstown.

He added: “Those around Tanjong Pagar, Queensway, Kallang, Orchard, River Valley and Newton may see more and more prices transacted above $1 million. Unfortunately a $1 million HDB property is going to become more and more common.”

The drop in the median resale prices of HDB flats continues as the public voice their disappointment at such depreciation. In early April, a letter published in the Straits Times claimed that the promise of owning a 99-year-leasehold HDB flat as an investment for old age is no longer valid today. The letter writer said that “many seniors who want to downgrade to Built-To-Order studio apartments for the elderly are in a fix as they are unable to sell their old flats”, and that many such seniors “stand to lose their deposits on their new flat if they cannot sell their old flat.”

In expressing his disappointment in the price drop of HDB resale flats, the letter writer said: “Most of them were hoping to downgrade and live on the profits from selling their flats but have become disillusioned.”

Adding “The Government needs to step in to manage this problem and not just leave things to market forces.”

Some analysts suggest that the falling resale prices of HDB flats can only be bailed by a “wall of money”.

Meanwhile, the HDB chief has suggested that that home seekers should pay less for resale flats with shorter leases. “The price you pay (for your resale HDB flat) should (be) commensurate with the lease,” she said.

In assuring HDB flat owners that there are many ways to monetise the HDB flat, Dr Cheong said that the 99 year HDB flat lease allows the Government to recycle the land, so that the children of the current home owners will be able to buy a HDB flat at “affordable prices”.

The HDB chief’s assurance has not assuaged many HDB flat owners, with some calling on the Government to top-up the leases for aging HDB flats. Others have suggested a more radical solution of privatising older HDB flats.

Tan Jin Meng, a postgraduate student at the Lee Kuan Yew School of Public Policy, recently suggested the privatisation of older HDB flats and said that in the Housing and Urban Development Company (HUDC) flats, there is a precedent for such privatisation.

Tan said that “privatising HDB flats frees the way for owners of older HDB flats to maximise their ownership and monetise their houses as private property owners.” He suggested that just like the privatisation of HUDC flats which was dragged out over several decades, the privatisation of flats in older HDB estates can be “similarly managed to ease the transition and avoid supply shocks, concurrent with HDB managing the supply of new flats.”

Tan added that such a move will “allow people to have more choice, less reliance on Government when it comes to housing, and have the HDB refocus its social mission.” 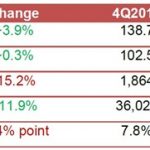 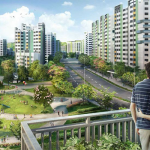