New HDB flat buyers can save some money if they do defect inspection right before renovating their flats. That said, some defects are more visible to the naked eyes than others. Even experts may not be able to detect some defects.

A case in point for new HDB flat buyers,  is that of a unit at the 10th floor of Block 678C Punggol Drive. The homeowners of a relatively new Built-to-Order (BTO) flat unit were only able to enjoy their unit for about 7 months in peace, before a termite infestation turned their dream home into a nightmare. The owner, 33-year-old insurance agent Mr Wong, shared with the Chinese daily that he and his wife moved into the unit in December 2016. In July 2017, the couple discovered a termite infestation in their home.

Just one month later, the couple found that the matter was more serious than they initially thought when Mr Wong discovered several nests in the wooden skirting of his home when his wife was abroad in August 2017.

Afraid, Mr Wong paid $300 to a pest exterminator to get rid of the termites. Unfortunately, the termites returned over the next few weeks, rebuilding their nests at the wooden skirting of the flat.

Mr Wong contacted Housing Development Board (HDB) about the matter. HDB revealed that they visited the flat in September 2017 but could not locate the termite nests. Mr Wong told reporters that after a subsequent house visit and investigation at the end of November 2017, HDB officials shared with him that they suspect the termites might have come from the roof garden above the unit.

Mr Wong revealed that HDB sent officers to remove the wooden skirting as a temporary solution last week, as the situation continues to be closely monitored by officials. A HDB spokesman added that while it is the responsibility of the flat owner to maintain their home, the Board is helping to exterminate the termites out of “goodwill”.

Unfortunately, the termite issue is not the only problem Mr Wong and his wife are facing. The insurance agent revealed to reporters that they also have to deal with water leaks on rainy days, as rainwater slides down the outer walls of his flat and leaks into his flat.

It is unclear whether HDB will help the homeowners with this issue, as well.

Defects in newly completed private non-landed property and HDB flats are not uncommon. Some years ago, residents of the Seaview Condo sued the developer, the main contractor, the architect and the electrical engineers for $32 million for all the defects in their project.

Developers of public housing projects are not without faults either. New HDB flat buyers should note that some reports say that there are 400 to 600 defects on average, in any newly TOP BTO unit.

For example in May 2015, 500 residents of a HDB Design, Build and Sell Scheme (DBSS) flat, Trivelis, got up in arms over various problems with the development. The residents complained of defects like shattered shower glass panels and narrow common corridors that are prone to flooding. The developer of the DBSS flat, EL Development, responded by offering goodwill packages to the residents. To address the complaints, the developers also installed fixtures – which  included setting up new drainage pipes to prevent flash flooding and replacing shattered shower screens.

“Bad workmanship is not just getting more apparent in private residential developments. Some of the recent incidents in public housing discussed in Parliament included: defects and design flaws in DBSS (Design, Build and Sell Scheme) flats such as Centrale 8, Pasir Ris One and Trivelis, and BTO (Build-To-Order) flats in Chua Chu Kang, Pungol and Bukit Panjang. Residents complained about overly narrow corridors, cracked walls, plaster slabs falling off the façade of HDB blocks, uneven flooring, leaks and overflowing toilets.”

A newly completed HDB flat is typically covered by a warranty for one-year. The Defects Liability Period starts from the date you collect your keys. From severe scratches on her doors to a crooked clothes rack and chips on the walls, there may be many defects.

The Housing & Development Board assures new HDB flat buyers that it builds every flat to stringent quality standards and, in line with industry practice, and that all newly completed HDB flats are covered by a warranty within the 1-year Defects Liability Period (DLP).

The DLP for new HDB flats is effective from the date of key collection. You can submit a rectification request online. During this time, HDB will follow up on items in the flat that require rectification. It is important that you report the items within 7 days of receiving keys or before you start renovation works to your flat.

In general, defects reported to HDB within the DLP are rectified within two weeks. In cases where the contractor requires more time, for reasons such as unavailability of materials, flat owners will be informed of the expected completion date.

A property is a big ticket item and remains the biggest financial commitment for most new HDB flat buyers.

This is why you should make sure that the unit you receive is in the best possible condition, before rushing to renovate it. Checking for defects and getting HDB to rectify it within the DLP will also save you some money in renovations.

And while we are on the topic of saving money, especially for purchases of big ticket items like your homes, you could probably save more money if you choose bank loans for your mortgage over HDB loans.

From 2008 to present-day, bank loans have been much cheaper. Even now, with interest rates on the rise, the typical bank loan charges – at about two per cent interest per annum – is cheaper than an HDB loan, which is still at 2.6 per cent per annum.

Find out from a mortgage broker how you can find the best loan. 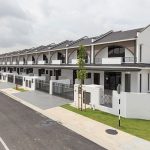