With more than 30,000 units in the pipeline and with more government land sales, Singapore property buyers are urged to be more cautious. 15 companies have submitted tenders for commercial and residential site at Holland Road. The Urban Redevelopment Board (URA) which announced this on 20 March said that the site was launched for sale via the Concept and Price revenue tender system on 30 November 2017.

Under this system, tenderers are required to submit their concept proposals and tender prices in two separate envelopes. The Concept Proposal should demonstrate how the proposed development on the Land Parcel will address the following evaluation criteria:

The development should also reinforce the vibrancy of Holland Village and incorporate new high quality public spaces for people to gather and interact.

URA said that a decision on the award of the tender will be made after the tenders have been evaluated; and that their decision will be published at a later date.

The site released is part of the second half 2017 (2H2017) Government Land Sales (GLS) Programme. The 99-year leasehold site at Holland Roadwas noted to be the first land parcel to be launched for sale as part of the extension plan for Holland Village under the URA Master Plan 2014.

The mixed-use site would be an interesting development for Singapore property buyers. The site has received submissions from property giants like City Developments Ltd, Allgreen Properties, Lend Lease, UOL Group and CapitaLand, has a land area of around 247.216 square feet. Once developed, the site of the future new launch is expected to yield around 570 private homes.

Singapore property buyers should also note that, of the approximately 642,772 square feet of gross floor area, around 145,314 square feet can be developed for retail purposes.

URA is expected to take approximately 2 months to evaluate the tender submissions before awarding it to a property developer. The winning bidder will be given 7 years to complete this new project at Holland Road.

In announcing the first half 2018 GLS Programme in December 2017, the URA said that the Government had taken into consideration several factors in releasing land for sales.

“On the one hand, there is strong demand for sites by real estate developers, and a pick-up in transaction volumes. On the other hand, there is a large potential supply of around 20,000 units from awarded en-bloc sale and GLS sites that have not yet been granted planning approval, on top of the around 18,000 unsold units that already have planning approval. Moreover, there are more than 30,000 existing private housing units that remain vacant.”

URA believes that taken together, the total supply in the pipeline, will be adequate to meet the purchase demand for new private housing from Singapore property buyers over the next 1-2 years.

“When these are completed, the overall stock of private housing will be more than sufficient to meet Singaporeans’ housing needs.”

Singapore property buyers should note that DBS said in a recent report that they still see a window of opportunity in the next 6-9 months for developers to launch their real estate projects.

“With proceeds from over 40 en blocs to date, households have the means to buy a replacement home/investment property which will drive transaction volumes in the near term,” the bank said.

They added: “But we are turning cautious as more than half of the supply of new units in the pipeline – which now tops 30,000 units – will be launched in 2019 onwards. With more home choices, we expect home-owners to be more discerning in their purchasing decisions.”

Singapore property buyers who are unsure of real-estate financing should check with a Mortgage broker who can help with the financing of Buying a Home in Singapore or to refinance existing homes with better rates. 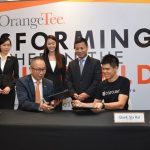