Minimum money down: There are many ways to minimise the down payment on your properties. It’s especially popular these days, given the loan curbs that are thrown at investors. But just because you can doesn’t mean you should. There are whole bunch of reasons why your “clever” scheme might come back to bite you in the ass:

What are minimum money down property investments?

At present, bank loans can finance a maximum of 80 per cent of property price or valuation (whichever is lower). In some cases, such as older investors, or investors with poor credit, the total amount of financing might be much lower (e.g. there is only 50 per cent financing, if you have another outstanding home loan).

The aim of minimum, or no money down strategies, is to reduce the downpayment to something an investor can afford. There are a number of ways to do this, most of which are as clever as sticking your fingers in a blender to see why the blades are stuck. Nonetheless, there are a lot of property “gurus” out there who dispense this sort of advice, and some even charge money for it.

Unfortunately Singapore regulators are too smart, no money down is impossible to achieve when you are buying new launch condo in singapore.

We’re going to highlight the common ones, so that you don’t wander into a trap:

Method 1: Find things to borrow against (or a trusting friend / family member to ruin)

The most common version of this is to borrow against some kind of alternative asset, which is in your portfolio. For example, say you don’t have enough hard cash to make the down payment, but you do own physical gold. At the same time, you don’t want to sell your gold to buy the property.

You could use an intermediary (such as Silver Bullion in Singapore) to borrow against your gold. Essentially, you get someone to lend you money (say up to 50 per cent of the value of your gold). If you can’t pay them back, the intermediary will sell your gold to do so. As it’s a secured loan, you can hopefully get a good interest rate; say around three per cent per annum. Other alternatives include borrowing against your stock portfolio, and at one point borrowing against your paid-up home*.

The other alternative is, of course, to borrow from friends and family; because if you’re going to take a high risk decision that could destroy lives, that’s exactly the people you want to get involved.

In any case, this strategy is just exploring ways to borrow money, from places beside the bank. Sure, it sounds like common sense now, but people have paid $5,000 for a seminar to tell them this.

In any case, leveraging like a madman should only be done if you can absorb the potential losses.

Otherwise, it’s a one-way, unhedged bet on the direction of a specific property’s price. If you’re scraping every cent together, then it’s no different from throwing your retirement fund on a single stock or commodity. The fact that the asset is property doesn’t magically change the risk.

Also, remember that purchasing a second property imposes an Additional Buyers Stamp Duty of seven per cent, if you’re a Singapore citizen (it’s higher if you’re not). So it’s pretty bold to borrow money and invest, with total confidence that – despite the interest rate on all your loans and paying seven per cent more – you’re still going to make money. Heck if you’re willing to do this, you probably need that second property, if for no other reason than to house your massive testicles.

*The last one no longer works. You can’t reverse-mortgage your property to make the down payment on a new property; if you do that, you’ll count as having an outstanding home loan, and the bank will only be able to give you 60 per cent financing.

Method 2: Pretend you’re running a REIT, and get loads of people to invest with you

People pool their money to invest in real estate all the time, so why not for that unit you’re so sure will make money?

With this method, you herd together everyone with a severe lack of common sense, and convince them all to become co-borrowers. If there are four of you buying the property, then the down payment is divided by four, and you’ll all make money! It’s almost like a Real Estate Investment Trust (REIT), except it’s illiquid, much riskier, and doesn’t even come with free buffets at AGMs. Here’s why this method shows as much foresight as a blind man on a foggy night:

Let’s say that, five years down the road, one of the co-investors suffers a financial crisis (besides the one he’s already been roped into). That co-investor is unable to make the mortgage payments. What happens then? Is everyone else willing to pick up the slack, and who will end up appearing on Stomp after the subsequent fistfight? Or what happens if half the co-investors want to sell, and the other half doesn’t? If there’s only three or four of you, you can’t even send an anonymous death threat.

And don’t even get us started on how the property will be managed. Trust us, when three or four confused amateurs are involved, one of those Sesame Street muppets who can’t count would outperform them.

Just don’t do this, unless you somehow have the power to mind control the other investors. Besides, how much are you going to make, splitting the profit in that many directions?

If you find a seller willing to work out a payment plan with you – one that involves a lower up front payment – you could get a law firm to draft the contract, and buy without the bank’s help. These situations are as common as a durian tree in Switzerland, but it could happen. If the seller’s property has only 20 years left on the lease, for example, they might be willing to make this arrangement.

(As to why you’d want a property nearing its end, think rental: tenants don’t care how many years are left on the lease, you can still charge them the same amount).

Mind you, this still isn’t advisable for newbies on the property scene. You don’t know how much it will cost to restore a run down property, or if you’d ultimately make money renting it to the end. If the place is an unlivable junk heap, and costs more to restore than the rent can cover, you’re just a sucker who took over the seller’s problem.

Method 4: Minimum money down by Conspiring with the property developer

This happens a lot in a certain other country. We won’t say that country is Malaysia.

In this scenario, the property developer teams up with you to fake the valuation. They price the property at, say 20 per cent more, which is the price you show to the bank. In reality however, the developer sells you the property at the normal price (they can call it a 20 per cent discount later, if anyone cries foul).

Will this work? Maybe. For all we know, things will work out for the best, rental yields will be high, capital appreciation will be solid, and you’ll still have perfect vision and all your teeth at the age of 97. What we’re saying is, you need to have the optimistic naivety of an entire Smurf village to think you’re being done a favour.

Think for a minute, about the trustworthiness of a developer that just helped you scam a bank. Next, think about why they would be desperate enough to help you do such a thing. If the property was centrally located, had great access to amenities, etc., investors would be crawling all over it. The developer wouldn’t be so desperate to offload units, that they resort to these shenanigans.

Buying from an untrustworthy developer is a stupid game. Play stupid games, win stupid prizes. Like a loss-making property.

You’re better off doing things the proper way. Save up for that down payment; and when you’re ready, we’ll help you lower the costs in a no-nonsense way.

At iCompareLoan.com, none of us have a life. Our idea of fun is spending all day – including weekends – comparing home loans on the market, to make sure you pay the lowest possible interest rate. We read boring-ass bank brochures so you don’t have to, and we’ll tell you what the cheapest home loans are for free. 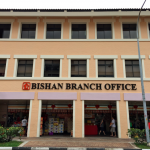 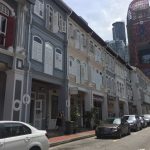