Ever since LIBOR came under fire for being rigged, there has been a general mistrust of the Libor. Will Libor eventually affect home loans in Singapore and other countries? The answer is yes, however the impact on mortgage interest rates could be muted.

However if you have specific home loan or commercial property or SME loan discussion, you could check with a Mortgage broker. Find out what is a mortgage broker here.

Libor and the global financial crisis in 2008

This goes back to how the Libor was formulated. Libor Stands for London interbank offered rate. Libor rate was measured by means of “Survey” to participating individual banks.

Libor aggregator would ask the banks each day just before 11am, what do they think their cost of borrowing would be, should they borrow from other banks. These large international banks would then feed their data confidentially to Thomson Reuters (current aggregator of the Libor index) who would then discard the top and bottom quartile and average out the middle band and publish this data. This data would almost instantly be flashed across the screens on trading terminals across the world.

Libor is the Reference used by banks to price Millions of Loan packages.

Libor is the reference used for many loans. Especially the Libor (USD). Many international loans are pegged to Libor (USD). For instance a loan for a luxury Yacht that cost US$25,000,000 could have a loan of US$15 million that is based on USD Libor (1 month) + 3.5%. If USD Libor (1 month) is 1%, that loan would have an interest rate of 4.5% interest rate. Libor movement would affect countless trillions of loans as well as pricing of financial instruments throughout the world.

Why did Libor Scandals occur?

Banks and financial institutions have been suspected of collusion since 2005 and have peaked when a Libor Rigging scandal broke out in 2008.

Culprit banks deliberately understated their cost of borrowing. This artificial under reporting aided in some purported trading gains.

Understating the bank’s borrowing cost was most rampant during the financial crisis around 2008. During this period of financial stress, no banks would want to be seen as having a higher borrowing cost, an indication of loss of confidence with the bank and risk associated with dealing with the bank.

In other words, a bank that reported it has higher borrowing costs would then become a self fulfilling prophecy as the market singles them out for hammering, leading to loss of deposits and forcing them to borrow at even higher cost and ultimately becoming insolvent.

Even though these rates were supposed to be confidential, but leaks are believed to be common place, and hence so is friendly coordinated discussion and actions (Collusion).

The reason why banks have to resort to these extraordinary measures have largely to do with how much each bank trusts the confidentiality within the banking system, very little I would imagine.

Huge profits could be had for shorting a bank’s stocks if anyone had information about a bank being in trouble. Any sign of weakness is a TURN-ON sign for the predators and speculators.

Is there an Alternative to discarding LIBOR

You know, you will never truly remove greed, so there is really no guarantee of confidentiality and no guarantee there will not be friendly discussions and coordinated actions. Stopping people will not be the solution, rather a systemic change is required.

If the LIBOR is truly manipulated by the banks (in some cases for making trading positions profitable), then perhaps it is better to allow banks to have an open platform from which to bid for funds as opposed to the opaque manner in which banks lend to each other. A lending rate exchange could perhaps be the solution as opposed to completely removing LIBOR.

What could take the place of Libor?

If LIBOR were to be removed in the years ahead, what could take it’s place is the central bank interest rate (if any) or each bank’s internal cost of funds that is not transparent.

The massive amount of derivatives and financial instruments that uses Libor in their computation would need to be unwound, recalled, recalibrated or replaced. There will be massive pricing errors. Some of the more illiquid derivatives will then need to be marked to market in their valuations and revalue the book, which may in some instances devastate the balance sheets. This could cause some financial distress, but it is not known how much of these derivatives are in trouble.

Enough about LIBOR what about SIBOR?

Sibor uses the same methodology. Not so many of the world’s loans are structured and priced in Sibor apart from those loans for Singapore Properties and banks based in Singapore lending to overseas properties. Till date there has been no announced collusion found between banks reporting Sibor.

MAS requires the banks to report on actual loan made and interest rates struck for these loans. Is there has been no loan made, the return will be null. The details and methodology is largely similar, you can read about Sibor and SOR here, except that “The London Interbank Offered Rate is the average of interest rates estimated by each of the leading banks in London that it would be charged were it to borrow from other banks.” (Libor, wikipedia, https://en.wikipedia.org/wiki/Libor)

If Libor were to be removed and a credible alternative is not found soon, perhaps the US dollar segment of Hong Kong’s HIBOR or Singapore’s Sibor could be used to price loans. This would undoubtedly elevate Hong Kong and Singapore’s financial market status.

A rate that is based on bank’s cost of fixed deposit would be somewhat distorted as it does not move immediately to market interest rate cost. This could of course work in the favour or detriment of the mortgagor, borrower.

Connect with Paul Ho on Linkedin if you do not yet have any questions to ask and just want to stay updated on the property market. 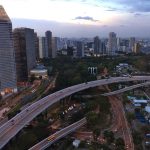 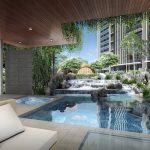