Data released by the Urban Redevelopment Authority of Singapore (URA) on Tuesday, 15 December, showed that 767 new private homes excluding Executive Condominiums (ECs) were sold in November, up by 18.9% month-on-month (MOM) from the 645 units that were shifted in October 2020. Top 10 Selling Projects according to November property data (including EC)

Ms Song added: “The best-selling private residential projects in November were topped by the two very successful new launches – The Linq@Beauty World and The Landmark, which collectively sold 227 units, or 27.9% of the total (including ECs) sold.”

“The others in the top 10 were mostly earlier launches, with some laggards on buyers’ radar now that the earlier popular projects are now substantially sold. The Garden Residences rounded up the top three, moving 44 units at a median price of S$1,641 psf.

2 New Launches this month as shown in November property data

“There were two new project launches in November – both in the city fringe – and both did very well due to their attractive price points and locational attributes.

“99-year leasehold The Landmark near the CBD consisting of 396 units, reportedly drew 1,200 visitors at its physical showflat during its preview and eventually sold 109 units or 91% of 120 units launched over November 28-29. The good sales at The Landmark could be due to the competitive price point of S$2,135 psf, compared to S$2,500 and S$2,700 psf median prices achieved recently for One Pearl Bank (99-year leasehold) and Sky Everton (freehold) respectively.”

Outlook as predicted by Colliers
“December will likely exceed November’s sales as Clavon has recorded surprisingly good sales. Clavon along Clementi Avenue 1 has reportedly sold 442 units or 70% of its total 640 units on its first day of launch on 12 December at an average price of S$1,640 psf, making it the top-selling project in its first-day launch in 2020.

“Other upcoming major projects in the pipeline include 660-unit KI Residences at Brookvale, 230-unit Perfect Ten at Bukit Timah Road and the mega 1,862-unit Normanton Park.

“We expect 2020 developer sales to end with 9,400 units, down about 5% from the 9,912 units in 2019. As the year has been surprisingly resilient, we do not expect a significant “rebound” next year. 2021 should still see slightly improved takeup, at about 10,000 units, assuming a better economic and employment outlook.

“Final estimates from URA showed that private residential property prices grew at an increasing rate, by 0.8% quarter-on-quarter (QOQ) in Q3 2020, after rising 0.3% in Q2.

“With the resilience of the sales and price index up 0.1% year to date at this point, we now expect prices could be flat in 2020. Prices could be up 5%, in line with the GDP growth next year.” 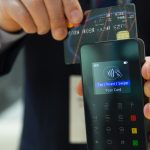 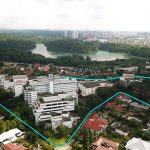