The 752,015-square-foot island site currently has a balance lease term of 73 years and is zoned ‘Civic & Community Institution’ under the 2019 Master Plan.

Located at the heart of the prestigious Caldecott Hill Good Class Bungalow (“GCB”) Area, Mediacorp has been granted an Outline Approval by the Urban Redevelopment Authority (URA) for a proposed site redevelopment into two-storey bungalows with a minimum land area of 800 square metres per house. PRE 10, may, however, explore development options upon completion of the transaction.

Mr Michael Tay, Head of Capital Markets, Singapore at CBRE, who led the negotiations, said, “This is the largest private redevelopment site sold in 2020 and this is testament to developers’ confidence in the Singapore market. We understand that the purchaser will be working with relevant authorities to review redevelopment options.”

Mr Karamjit Singh, CEO of Showsuite Consultancy, said, “The tender exercise attracted multiple competitive bids with the under-bidders falling close to the winning submission. It is after all, a rare opportunity to acquire a massive plot of elevated land for redevelopment. The entire estate would stand to benefit from the eventual harmonization of the plot with it.”

Mediacorp’s Andrew Road site was placed for sale in October. Seven-hectare site that formerly housed the Caldecott Broadcast Centre could be transformed into a large estate of approximately 67 exclusive bungalows in keeping with the surroundings. The site that formerly housed the iconic Caldecott Broadcast Centre at Andrew Road has been offered for sale by vendor Mediacorp, Singapore’s national media network. The sprawling hilltop site spans 752,015 square feet and served as the hub for broadcast for more than six decades till 2015 when Mediacorp moved to its current location in Mediapolis.

Real estate consultants – CBRE and Showsuite Consultancy – have been appointed by Mediacorp to advise and market the property.

The Andrew Road site will be sold via a public tender exercise which will close on 9 December 2020.

Surrounded by lush greenery, MacRitchie Reservoir Park is only some 300 metres away from the Andrew Road site. Accessibility is convenient with the Caldecott MRT station located within walking distance. The Caldecott MRT station will be an interchange station between the Circle Line and the Thomson-East Coast Line in 2021. Within 2 kilometres of the Andrew Road site are popular schools such as CHIJ (Toa Payoh), Singapore Chinese Girls’ Primary, Raffles Institution and St Joseph’s Institution International.

The 99-year leasehold island site currently has a balance lease term of 73 years and is zoned as a “Civic & Community Institution” in the 2019 Master Plan. Located at the heart of the prestigious Caldecott Hill Good Class Bungalow (“GCB”) Area, Mediacorp has been granted an Outline Approval by the Urban Redevelopment Authority (URA) for a proposed site redevelopment into two-storey bungalows with a minimum land area of 800 square metres per house.

Mediacorp has appointed an architect who has worked out a subdivision scheme for the Andrew Road site, accommodating 67 bungalow plots, subject to approval from the authorities.

An application has been made to the Singapore Land Authority (SLA) for an in-principle approval for the lease to be extended to a fresh 99-year lease tenure.

Under the planning guidelines, other detached houses outside of the GCB areas are required to have at least 400 square metres of land.

Land costs to be factored for redevelopment of the property
To redevelop the land into detached houses, the developer would need to factor the cost of Differential Premium (DP), where the quantum is dependent on the developer’s proposed scheme, timing of application, and assessment by SLA and the Chief Valuer’s office.

Separately, the developer would also need to pay a Lease Upgrading Premium (UP) to the SLA for the lease to be extended to a fresh 99-year tenure. An application for an in-principle approval has been submitted.

Estimated sale price of the new detached houses
The gross land value for a proposed bungalow redevelopment on the site is expected to be in excess of $400 million including DP and UP, which would translate to a land rate in the region of $540 psf.

Based on the vendor’s architect’s scheme of 67 bungalows, this would work out to a land cost of some $6 million per land plot. At this price, a developer may break-even at about $9 to $10 million per bungalow.

The new detached houses at the proposed development are expected to be priced between $11 and $14 million, subject to design and configuration. This compares favorably to the average prices of detached houses in Sentosa Cove and GCBs in the central region.

Comparable land sales and average prices of GCBs
The last sizeable leasehold site in the Core Central Region sold for landed homes was in 2013 – a 400,000 sqft site at Coronation Road for $908 psf. Over at Caldecott Hill Estate, prices of freehold GCB plots have ranged from $1,050 to $1,200 psf over the past two years.

As there are no direct comparables of leasehold junior-GCBs, references may also be taken from the transactions of other prime detached houses:
▪ Starting at the top of the league of bungalows are brand-new freehold GCBs of over 1,400 sqm in land. The last two of such houses that were sold at an average price of $37.5 million.
▪ Next comes older freehold GCBs above 1,400 sqm. In 2019 and 2020, 27 of them changed hands at an average of $27 million
▪ During this same period, 12 bungalows at Sentosa Cove, which have leasehold tenures and are open to foreign ownership, had commanded an average of $18.5 million. 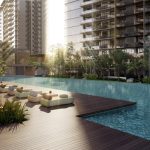 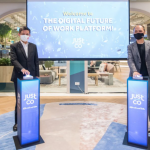