EDMUND TIE, announced on Jan 7 that it is the sole marketing agent for the sale of 2F Gerald Crescent, a sprawling redevelopment site for sale via a tender exercise.

Under Master Plan 2019, the regular shaped, large redevelopment site is zoned for 3-storey mixed landed housing and is well suited for a variety of landed housing types and combinations.

The large redevelopment site enjoys a serene and tranquil environment and is within an easy stroll to Sungei Punggol river and the Punggol Park Connector. Plans are also underway to transform the nearby Punggol Reservoir into an active space for recreational water activities as part of the current Master Plan.

Executive director of investment advisory, Ms Swee Shou Fern, commented: “Sizable redevelopment sites for landed housing are rarely available. The property, which is held by a single owner, also presents an exceptional opportunity for immediate redevelopment. Besides residential developers who will be keen to subdivide the site into multiple landed homes, we also expect interest from high-net-worth and multi-generational families looking to buy for their own stay.

“With limited supply of landed housing in Singapore, a growing trend for bigger homes due to work-from-home arrangements and a low interest rate environment, we expect demand for landed housing to remain strong. According to URA data, prices of landed homes inched up by 0.65% in 2020. Close to 1,950 landed homes were transacted in 2020, a 26% surge in transaction volume compared to 2019, indicating a strong interest in landed homes.”

The guide price for the large redevelopment site is $25 million, reflecting approximately $785 psf on the site area.

The tender exercise for the large redevelopment site at 2F Gerald Crescent will close on Tuesday, 9 February 2021 at 3pm.

The bungalow at Gerald Crescent which was at the heart of the case of misappropriation by former Chinese tour guide, Yin Yang. The owner of the sprawling single-storey bungalow, 90-year-old widow, is said to be no longer able to afford it. The widow, Madam Chung Khin Chun, bought the house with her husband in 1961 and had lived in it for over 50 years. She was caught in a legal tussle over the house with Yang.

Madam Chung’s niece, Hedy Mok, said in 2015 that the widow is suffering from dementia and had less than $10,000 left in the bank. Mok who is also the elderly woman’s guardian as well as the deputy public trustee for the estate’s administration, added that Madam Chung’s estimated monthly expenses was $9,600, which included the salaries of two maids and a driver. Mok said in 2018 that the bulk of the proceeds from the sale of the bungalow would go to charity.

The widow’s bungalow at 2F Gerald Crescent is situated in the landed neighbourhood of Seletar Hills. Seletar has been earmarked for future development to become the fourth regional centre in Singapore, after Woodlands, Jurong and Tampines. The property at Gerald Crescent was marketed as decent size plot under single ownership which us available for immediate redevelopment.

Mr Paul Ho, chief mortgage officer at iCompareLoan, said that the single-storey bungalow sits on the freehold site spanning 31,882 sq ft and that it is zoned for three-storey mixed landed residential use.

The bungalow was earlier put up for sale with an expected price of above $35 million or $1,100 per sq ft on land. The tender for the site of the bungalow closed without clinching a sale.The plot on which the bungalow sits can accommodate 11 landed houses comprising two detached houses, a pair of semi-detached and seven terraces.

Yang, who is also a former grassroots volunteer, moved into the widow’s house in 2009. Madam Chung who had $1 million dollars in her OCBC bank account in 2010, saw her savings in the same bank shrink to $8,506 by November 2014.

Yang was sentenced in September 2016 to 6 years’ imprisonment for misappropriating $1.1 million from Madam Chung. He was sentenced to 26 months’ jail term for falsifying documents to gain permanent residency in Singapore.

The prosecution had asked for 10-12 year term for Yang’s “deep betrayal”. The defence argued for 3 years, saying that he was not “emotionally manipulative”, but had only done what he did so as to reduce the financial burden on his family. He will now be spending a total of 8 years and 2 months behind bars for his offences.

Madam Chung’s niece Hedy Mok said that she was “totally disappointed” with the 6-year jail term, and that it was “too lenient”. She estimated that the con-artist has gotten away with about $8 million of the widow’s fortunes. Considering her aunt’s loss of not just money but also her dignity, Ms Mok felt that “justice has not done really well.” She had considered appealing for a longer jail sentence for Yang Yin. 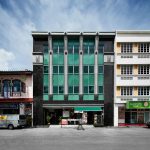 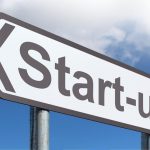