Michael Han, a lawyer, discusses on his Facebook if purchase of Good Class Bungalows are worthy property investments. We republish his views in full here:

A week back, Secretlab co-founder Ian Ang, 28, bought one (and a penthouse), at $51 million. And if you have the money, it’s prudent to plant it in one of them huge mansions.

Now, the news is that Grab co-founder Anthony Tan’s wife, Ms Chloe Tong, has just snapped up another GCB. It costs $40 million. It is a house in District 10, Bin Tong Park. It is bought as a family home.

One real estate director said: “GCBs are very sought after as a status symbol. The newly rich younger generation and new citizens tend to want to get GCBs for their own use.

”I think such purchases will always make the news because it turns heads. It is attention grabbing. It is out of the ordinary. It is not everyday that someone buys a roof over their head that cost an arm and a leg for the average man on the street (not saying that the average man’s arm and leg could afford it anyway).

Come to think about it, some years back (2019), a few corporate leaders also made the news. And like Ian Ang and Anthony Tan, they were leaders of their own respective fields. They were CEOs and/or founders of companies too.

Abel is the CEO of Advanced MedTech, Joseph the co-founder of V-Key, Christopher, the CEO of Providend, and lastly, Joshua, the CEO of human resource consultancy Achieve Group. And those achievements, by itself, would be newsworthy.

Yet, they were in the news because they all took the public housing route. Yes, they lived in subsidised housing, that is, HDB. The roof over their heads didn’t cost millions, but it still kept the home warm, the bed soft and the rain from coming in.

Yet, I can’t deny that GCBs are stellar status symbol and your impression about a person is immediately formed the moment you look at his name and the residential address that comes after that. The rule of thumb is that the shorter the address description, the deeper the impression you have of him. That’s human nature.

Mind you, and like it or not, we are not where we are today, that is, the relentless progress of modern civilization, because we are all born equal in ability, talent and industry.

Let’s not forget that out of every womb is a person who differs from the next person that comes out in the same way. And the one thing that makes them news worthy is how much different they are from one another.

That is why the media always shadows the top 1%, and seldom the bottom 50% or the middle in-between, unless they too have a rag-to-riches story to tell. You have to earn your mediagenic stripes right?

This difference or gap is magnified manifold for those who are born either in privileged circumstances, thereby riding on the fame of their parents’ name, or, by sheer will, ingenuity and some luck, they diligently scale up the corporate ladder of success. To some of them, GCB speaks volumes about their achievements. It is an instant advocacy of their status in society.

He added: “We all choose the lifestyle we want to lead. I am very happy and comfortable with mine…There may come a time when we are forced to move to a bigger place to give our children more individualised space as they grow up. But for now, we are very happy living in our HDB flat.” (Maybe that’s the mindset of the well-off and practical?).

For Abel, CEO of advanced MedTech, he recounted: ““But there were also a few who asked how my family and I could live in such “hardship”. They feared that if they were to live in an HDB flat, or drive an inexpensive car, others might feel these indicators do not befit the success of their firms. Some people also asked that CEOs who live in HDB flats are not giving their subordinates enough to aspire to.””

Abel added: ““I’m not saying others are wrong to aspire towards a more expensive home, but living in an HDB flat has worked for me and my family. And it is certainly not a “hardship””.

Another CEO, Joshua said: “I understand how CEOs might want to live in a private property just to give their staff something to aspire to, but I don’t think my living in a HDB flat hinders my staff’s aspirations. Everybody has different dreams, and my priorities are my business and the impact I make on the lives of others.”

I guess that sums up my post this morning. Whether it is GCB or HDB, or whether it’s a bungalow or a unit in a block, everybody has different dreams and priorities in life, family, career and business. Admittedly, the natural thing to do when you have finally made it in society is to live it up and large. You want to own the whole block in the estate if you have the dough to splurge right?

Indeed, status symbols, like a palatial mansion and a few sportscar in your own garage, are themselves glowing resume of your standing in society that is written more in kind than words. That is the resume of material achievements many will undoubtedly wish to aspire to. That’s human nature, whether by nature or nurture, or both.

However, there is another resume that we often overlook, or give less attention to when we are busy building up the other (more tangible) one. It is the resume that other people eulogises about us. And while one resume about us is painstakingly written by us, the other resume is written by others about us. Thus, one resume aims to impress with a certain attitude, and the other aims to express with a sincere gratitude.

Make no mistakes, in life, you develop both resumes. You want to be the best you can with the resources at hand, and at the same time, you want to live your life giving the best you have for those within your sphere of influence.

But having said that, the latter (life resume) should always lead the former (achievement resume), because if the order is reversed, your success risks being a pursuit always burdened by constant restlessness.

Here, I am reminded of what Seneca said: “It is not the man who has too little, but the man who craves more that is poor.”

And I can see no or little remedy for that, when one burnishes his achievement resume at the expense of his life resume. For he may be rich by society’s standard to the envy of many, but his heart will always be poor because the gap for him will never be closed. 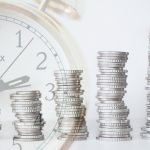 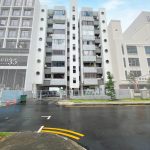