Situated in one of the most prestigious GCB enclaves among the 39 gazetted GCBAs in Singapore, Queen Astrid Gardens sits on elevated grounds and is possibly the highest point in the locality.

The current development has a generous frontage of more than 100 metres onto Queen Astrid Gardens. Besides the potential to retain its current use as apartments, it also allows for a single mansion to be built or can be subdivided up to four GCB parcels, subject to approval by the relevant authorities.

The owners of Queen Astrid Gardens expect offers above the guide price of S$126.8 million for the unique and expansive land, which translates to approximately S$2,037 psf on the land area.

Mr K. Chong, Chairman of the Collective Sale Committee of Queen Astrid Gardens, comments, “I had originally purchased my unit with plans for retirement there, being a large apartment unit in a private and serene area, with a nice view that overlooks the roofs and treeline of the neighbouring estate. I feel the site has all the right attributes for a GCB, and such properties are getting increasingly hard to come by. I believe interested parties will see the value in this site.”

Mr Ian Loh, Head of Capital Markets for Land & Building, Collective & Strata Sales, Knight Frank Singapore, shares, “Queen Astrid Gardens poses opportunities for potential buyers looking to create a family estate and leave an enduring legacy. There are only about 2,800 GCBs in the 39 safeguarded GCBAs in Singapore, and the last GCB transaction in District 10 of land more than 60,000 sq ft in size transpired more than five years ago, in June 2015.

“With a very limited supply, GCBs with favourable attributes such as regular-shaped land and elevated grounds usually command good premiums over other GCBs. With the option for subdivision into several GCBs, the asset is an especially attractive proposition for home-seekers or investors looking for further wealth preservation potential, over the long term.”

The tender for Queen Astrid Gardens will close on 7 October 2020, Wednesday at 3.00 pm.

In 2019, a GCB plot in the prestigious Nassim Road area was bought by SG Casa Pte Ltd for a record $230 million. The price for the sprawling land of 84,543 sq ft land works out to be S$2,721 psf. The plot of lands comes with a two-storey bungalow, a tennis court and swimming pool. The site has a road frontage that is nearly 100m, and can be redeveloped into four or five bungalows. 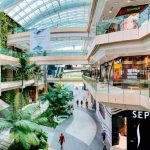 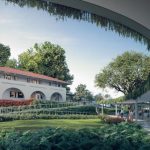