And rentals of private residential properties increased by 0.3% in 3rd Quarter 2018, compared with the 1.0% increase in the previous quarter.

He said that the overall index of private residential properties prices is similar to that posted during the earlier flash estimate, but noted that the underlying sub-indices reveal disparate market dynamics.

“The landed segment recorded a 2.3% increase in 3Q18, an improvement from the 1.7% increase during flash estimates. This is because many buyers still see the values of landed homes as relatively attractive. The landed price index in 3Q18 is still 7.3% lower than its peak in 3Q13, before landed prices declined due to the cooling measures then. On the other hand, the price index for non-landed homes in 3Q18 is already close to that in 3Q13 with a margin of only 1.9%.”

JLL noted that while price dynamics in the landed segment remain positive, the situation in the non-landed segment is mixed. The -1.3% decline in the index for non-landed homes in Rest of Central Region (RCR) in 3Q18, is worse than the -0.8% captured during flash estimates.

“This is due to the effect of a significant launch supply in RCR during the third quarter. Of the 3,704 non-landed private homes launched island wide, 2,338 units or 63% were in RCR with the take-up of 1,748 units lagging launch supply quite substantially. ”

In Outside Central Region (OCR), launches were more moderate than RCR during the quarter, with developers placing 1,349 non-landed homes on the market, selling 1,092 units. The combination of ample supply and more cautious sentiments among buyers due to the cooling measures, contributed to the -0.1% slide in the non-landed index for OCR.”

The gentle easing in the OCR index could also be due to private residential properties prices in the mass market segment being more affordable thus sustaining demand in spite of more cautious market sentiments, the leading real estate services company suggested.

“Of the three sub-markets, Core Central Region (CCR) recorded launches of only 17 non-landed units, less than 1% of the total units launched in the non-landed market. The dearth of new supply resulted in buyers resorting to opportunities in the CCR secondary market which accounted for 91% of non-landed transactions during the quarter. The low sales volume of non-landed units in CCR (481 units) shows that units for sale in the market is not abundant and sellers may still be firm in their price expectations. These are likely contributors to the 1.3% rise in CCR’s non-landed index.”

“In 3Q18, developers launched 3,754 private residential units, 54% more than in 2Q18. They sold 3,012 units during the quarter, 27% more than in 2Q18. The strong launch and sales volume was due to the hasty launches of Stirling Residences, Park Colonial and Riverfront Residences on the night of 5 July 2018, to beat the cooling measures taking effect the next day. The sales in these three projects on 5 July alone accounted for 29% of primary market sales in 3Q18.

Launches of private homes from 1Q18 to 3Q18 totalled 7,112 units of which 6,959 were sold. The number of units launched in the first three quarters has already surpassed the 6,020 units launched in 2017 which is indicative of developers’ need to continue with launches in view of the large potential launch pipeline. With nearly 7,000 private residential units sold in the primary market in the first three quarters, the year could end with 8,500 to 9,500 new private homes being sold.”

Although buyers are more cautious and sensitive to private residential properties prices, many would still proceed to purchase if they feel that a project’s pricing is reasonable, which is seen in the healthy take-up rates in a number of new launches.

Vacancy rate fell to the lowest level in 4.5 years on the back of continued low completed supply

“New completions of private homes continued to fall 18.0% q-o-q and 73.2% y-o-y to 1,088 units in 3Q18. This is the lowest quarterly completion level since 1Q07 when 716 units were completed. Coupled with the withdrawal of some residential projects for redevelopment purpose following their collective sales, net new supply fell to a mere 83 units in 3Q18, pushing vacancy to a 4.5-year low of 6.8%. Tightened supply conditions helped rents to rise for the third consecutive quarter though their growth fell back to 0.3% q-o-q in 3Q18, from 1.0% q-o-q in 2Q18.

Though the trend of low net new supply is expected to continue for the rest of 2018 and in 2019, aided by more collective sales units being withdrawn from the market, rents are expected to remain flattish given the quieter sales market and muted foreign employment growth levels. Deterred by the quieter sales market, owners could end up placing their units for rent instead, adding to the leasing supply.”

If you are concerned about private residential properties prices and if you have sufficient funds for purchase, you can get a mortgage loan Singapore quickly through iCompareLoan Mortgage Broker. Having helped thousands of Singaporeans acquire homes, you can trust the firm to walk with you every step of the way. You can easily calculate mortgage affordability, determine favorable interest rates and compare Singapore home loans from different lenders to identify a package that best fits your home purchase needs.

It doesn’t really matter whether you are applying for a loan for the first time or second subsequent time. The broker will recommend to you the best lenders in town with a solid reputation and with the highest success rates in terms of loaning. And since their services are absolutely FREE, you’ll save more as you enjoy greater convenience and faster loan acquisition. 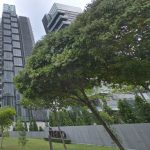 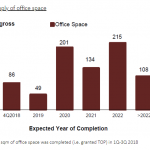