Singapore Press Holdings, one of the largest media organisation in Singapore, said in a press release that it was going to count on property investments for revenue growth. SPH announced on 10 April that it suffered a 25 per cent decline in net profit for the second quarter of this fiscal year, as compared to the same period last year.

SPH publishes prominent newspapers in Singapore like The Straits Times, Lianhe Zaobao, Business Times, etc. The media company reported net profits for the three months that ended 28 Feb came in at $40.2 million – $13.3 million less than the $53.5 million it collected in the second quarter of the last fiscal year.

The group revealed the sizeable decline in net profit nearly three weeks after investment banking firm UOB Kay Hian reported that the advertisement page count of the SPH’s flagship newspaper, The Straits Times, had fallen by 12.7 per cent year-on-year. UOB Kay Hian analyst Foo Zhi Wei had asserted then that SPH “…continues to see flat circulation revenue in spite of increased digital subscribers amid a backdrop of a continued decline in advertising revenue.”

The media goup’s advertisement and circulation revenue slid 9.3 per cent and 7.5 per cent respectively, leading to a collective 7.5 per cent decline in revenue for its media segment, to S$155.6 million.

SPH’s revenue decline comes while the group is in a middle of a massive job cut exercise, as the firm continues retrenching employees and relocating staff to new newsdesks as it seeks to cut hundreds of jobs. Last month, SPH magazines axed 13 employees to reportedly prepare for a “digitally driven future”.

The group reiterated that going forward, its focus will be on developing a digital media landscape and property investments. Its digital blueprint will include an all new digital subscription plans.

Woodleigh Residences and Woodleigh Mall will be landmark projects for the upcoming new Bidadari estate. The mixed commercial and residential development by SPH and Kajima Development. The joint-developers won the top bid of $1.132 billion for the 25,440 sq m site, which can yield about 825 private homes.

The development will comprise about 161,460 sq ft of commercial space for uses such as shops and restaurants, integrated with a 65,000 sq ft community club, a 20,000 sq ft Neighbourhood Police Centre, a commercial bridge towards Bidadari Park, and an underpass to connect to the bus interchange.

LG Ng has been leading SPH for about half a year since he took over from former chief executive Alan Chan who retired last September. He wasformerly the CEO of NOL. Under his charge, NOL lost more than $1.5 billion and finally, to stop the hemorrhaging, Temasek was forced to sell NOL away to the French group CMA CGM in June last year.

In an interview with ST, he blamed the demise of NOL on its high cost structure: “We have made good progress in that aspect, and every year we’ve managed to reduce our losses. Unfortunately, we haven’t been able to cut costs fast enough to offset the collapse in freight rates.”

He further noted that NOL’s past successes were built on being a premium service line with “significantly higher” costs than its competitors. However, he did acknowledge that the company had been “a bit slow and reluctant to change”.

With regards to selling away NOL, he had commented: “Personally, it would be strange not to feel a little bit of regret, a tinge of this ‘sayang’ feeling.”

In less than a year after the change of ownership, NOL began to turn a tidy profit. Reuters reported:

“Container shipping line CMA CGM posted higher first-quarter profits, helped by a turnaround at recently acquired NOL, and gave an upbeat assessment for the current quarter in another sign that the shipping industry is emerging from a slump. The French-based group reported on Friday a first-quarter net profit, including Singapore-based NOL which it consolidated in June last year, of $86 million compared with a $100 million loss in the same period of 2016.”

Some readers who responded to SPH’s press release wondered if the media conglomerate was now looking to property investments because its leader has got no clue about running a media agency.

—
If you are unsure about which home loan package would be the best fit for you, you should speak with a mortgage specialist at iCompareLoan. We can assist you for free in your choice of Loan packages with the best home loan interest rates. 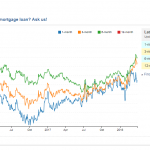 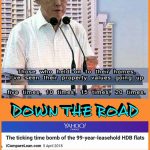