The letter writer, Cheang Peng Wah, pointing to Singapore’s land area which is 720 sq km, expressed his unease that Singapore’s population size could go up to 9,864,000, or nearly 10 million, by 2030. He said that this was not the figure projected in the Population White Paper of 2013. The White Paper had projected a population of 6.9 million by 2030.

Cheang asked the authorities to explain this new figure on population density, and “assure Singaporeans that everything is being planned to prepare for such an eventuality.”

Dr Cheong is not the first planner to suggest a 10 million population for Singapore. Dr Liu Thai Ker, former chief executive of HDB made similar comments in 2013, at a forum organised by the Singapore Institute of Planners (SIP) and co-hosted by the National University of Singapore’s Department of Architecture, on the topic of planning for 2030.

Dr Liu said that Singapore should look beyond 2030 and plan for the year 2100, with 10 million people in it. “The world doesn’t end in 2030, and population growth doesn’t end at 6.9 million,” he said, referring to the planning parameter in the Government’s White Paper on Population.

Dr Liu argued that population growth is necessary for economic growth. He insisted that since Singapore’s land area is essentially fixed, higher density is inevitable. Dr Liu was optimistic that “high density and a better living environment are mutually compatible”. He suggested that by alternating denser and less dense areas, liveability can be preserved with adequate amenities and buffers of greenery.

One National University of Singapore (NUS) study, however, suggests that  localised residential density may not only impact property prices in Singapore, but  may also have unattended negative effects on welfare. The findings of the study said: “land use restrictions such as anti-sprawl measures that increase urban density as a by-product may have unattended negative effects on welfare.”

One of the key measures by which the Government of Singapore controls the overheated housing market is by limiting the supply of develop-able land. This is a type of anti-sprawl policy which would limit the supply of land for residential development, so that the price of housing (measured on a per-square-foot basis), would rise.

In response to this property price escalation, consumers would reduce their consumption of housing space, making new homes smaller than they would have been otherwise.

Dr Cheong had previously confirmed that the size of HDB flats has shrunk by 5 – 10 per cent over the last 20 to 30 years. A study by property consultancy Knight Frank in 2014 said that the sizes of condominium units here were also shrinking because developers have to keep new project prices affordable in ever tougher market conditions.

Consider Mandarin Gardens as an example, a 99-year leasehold development in Siglap, sitting on sites close to or over one million sq ft. It currently has 1,006 units, along with 10 shoplots, and one minimart. If there is a successful en bloc sale of Mandarin Gardens, the winning bidders could possibly develop it into a new project which could be able to house 3,000 to 5,000 units.

The size and affordability of newer condominium units have been one of the key reasons for some subsidiary proprietors to oppose collective sales of their properties, since they are fearful that once their property is sold, even with the cash proceeds from the en bloc sale, they will not be able to find another property with similar size, tenure and location.

They are uneasy that the primary motivation for the current en bloc frenzy is driven by greed leading to unnecessary property price escalation.

One of the opponents of en bloc sales in its current form, Dr Tan Cheng Siong, has proposed legislative changes to protect minority owners from forced en bloc sale. One such legislation which was lobbied to be changed is the Sellers’ Stamp Duty (SSD).

The SSD was introduced by the Government to prevent speculation and unnecessary property price escalation, but it has turned out to be a big reason for newer subsidiary proprietors whose properties are earmarked for en bloc to oppose the collective sale. In 2017, one such owner, Eunice Ng, recounted her story as such:

“After the en-bloc tender results were announced, we discovered that we would be subject to a Seller’s Stamp Duty of nearly half a million dollars, which has to be paid within 14 days of the sale.

Being taxed such a sum early on also penalises us in terms of lost interest income or capital gains from investments. Since we did not agree to the sale, this tax on an involuntary transaction on our part seems unfair.

As we had bought the property for long-term stay, we had used up most of our cash for the down payment and were unprepared for this contingency.

To make matters worse, the penalty for failing to cobble together the cash in time is up to four times the stamp duty amount.

Even if we borrow enough to pay the stamp duty, we must wait months before we receive the sale proceeds. Should my husband become unemployed in the interim, we may be unable to obtain a loan for a replacement home…

The delay in receiving proceeds prevents us from re-entering the market right after the sale. The Seller’s Stamp Duty gives us a double whammy, as we will not have spare cash left for the down payment on a new property.”

When the Population White Paper for 6.9 million people was released in 2013, many Singaporeans faulted the government’s population and immigration policy for the severe overcrowding in our city-state, which in turn affected the reliability of the public transportation system. The rising population was also cited as the major reason for property price escalation, suppressed wages, as well as increased competition for jobs and education.

Some academics also criticized the population plan for being “overly mechanistic, economically simplistic and astonishingly sociologically and politically naive”.

If the 6.9 million population plan drew such a sharp response from Singaporeans, it is unclear what their reaction will be if it was raised to 10 million – even if the target date is 2100. 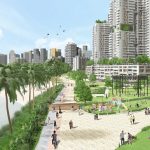 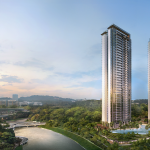