The Malaysian Transport Minister’s commitment to the Rapid Transit System revival may add buzz to the rejuvenation efforts of the Woodlands area. “We are working on the supplementary agreement for six months and looking at other options on how to reduce the cost,” said said Malaysian Transport Minister Anthony Loke at a joint press conference with his Singapore counterpart, Khaw Boon Wan. He spoke after a welcome ceremony for Firefly’s inaugural landing at Seletar Airport yesterday.

The idea of a Mass Rapid Transit between Singapore and Johor Bahru was first suggested in 1991 when then Singapore Minister for Communications Mah Bow Tan said that the Woodlands MRT line, now part of the North South MRT line, would be designed to accommodate such an extension. The idea was endorsed and agreed to in principle by both countries.

The rapid transit system was then revisited two decades later and proposed during the Singapore-Malaysia Leaders’ Retreat on 24 May 2010.

The Rapid Transit System revival imagined the idea of linking Tanjung Puteri, Johor Bahru and Singapore, aiming to ease traffic congestion on the Johor–Singapore Causeway and enhance connectivity between the two countries. It was targeted to be operational by 2018.

In June 2011, Singapore informed Malaysia that the rail link will be a northern extension of Thomson-East Coast Line Stage 1, which will start at Woodlands North MRT/RTS station. In September 2014, the Johor Public Works, Rural and Regional Development committee chairman Datuk Hasni Mohammad announced that Malaysia had chosen Bukit Chagar as its terminating station, over Tanjung Puteri, JB Sentral 1 and JB Sentral 2. The terminal would have its own Customs and Immigration clearance facilities, separate from the existing facilities at Sultan Iskandar Building.

In January 2018, Singapore and Malaysia signed a bilateral agreement on the project. The agreement finalised certain aspects of the project, including its maintenance facilities, operator, and customs facilities. Construction of the 4km link was set to begin in 2019. But in January 2019, Singapore’s Minister of Transport, Khaw Boon Wan informed that the project is not progressing well, with Malaysia missing deadlines that were set in the bilateral meeting in 2018. Deadlines were extended as soon as they were negotiable – the first until September 2018, then December 2018, then February 2019.

Speaking about the press meet which touched on Rapid Transit System revival Mr Khaw said that the bilateral agreement does not provide suspension unlike that of the Kuala Lumpur-Singapore High-Speed Rail.

“However, in the spirit of bilateral relations we can always work out some amendments,” he said, adding that “the immediate first step is to settle, finalise and sign the supplementary agreement which can be done soon”.

The two Ministers announced that the two countries were working towards a “supplemental agreement” to temporarily suspend the project for 6 months, allowing Malaysia to review “key parameters” of the project. The suspension would be approached in the same way as was done for the suspension of the Kuala Lumpur–Singapore high speed rail.

The announcement of the Rapid Transit System revival will give an added impetus to the property developments in the Woodlands area.

The Urban Redevelopment Authority (URA) has already marked the growth of the Woodlands Regional Centre as an anchor development of the North Coast into an innovative corridor buzzing with ideas, creative design and new technologies. The Woodlands Regional Centre is currently well served by the existing Woodlands North-South Line MRT station and Woodlands Bus Interchange, and with the upcoming completion of the new Thomson Line stations at Woodlands and Woodlands North and a planned future Rapid Transit (RTS) Link to Johor, there will be excellent accessibility to the city.

New developments in the area are planned to be highly walkable and well-integrated with the transit hubs to provide greater convenience and accessibility to all. To capitalise on the proximity to the waterfront, the URA plans to extend the existing waterfront park and enhance connectivity to the waterfront via a pair of signature green boulevards and a pedestrian mall that will connect the two districts of Woodlands Central and Woodlands North Coast to the waterfront.

With more than 100ha of available land for development, Woodlands Regional Centre is poised to capitalise on its unique waterfront location and assets to be the Northern Gateway to Singapore. Woodlands Central is envisioned as the retail and mixed use cluster, while Woodlands North Coast will be the business and residential cluster, with 4 unique precincts:

Not only will there be a pedestrian mall connecting Woodlands Central and Woodlands North Coast, the pedestrian connectivity will be further enhanced by a network of park connectors and cycling paths, which will also connect to the 150km Round Island Route and Rail Corridor.

Woodlands Regional Centre is the only regional centre to be located near the waterfront. To capitalise on its rich green and blue assets, the existing Woodlands Waterfront will be expanded eastwards, allowing the entire waterfront area to be opened for public enjoyment. Along Admiralty Park and the expanded waterfront park, there will be new, sensitively designed residential developments, providing attractive housing in garden and waterfront settings.

URA said that the Woodlands North Coast is intended as a significant employment cluster, and will provide new offices that will benefit from its proximity to the Thomson Line MRT station. To cater to different business needs, it will house the first business park in the North, in addition to office developments. Land will also be set aside to cater to Small & Medium Enterprises, most of which will benefit from the proximity and convenient access to Malaysia with the future cross-border rail link.

A pair of green boulevards will run through the commercial core of Woodlands North Coast, connecting the future commercial developments and MRT interchange to the waterfront. Commercial streets will be lined with eateries and amenities to serve office workers, residents, and visitors.

Do you want to buy a property in Woodlands to capitalise on the Rapid Transit System revival, but ensure of funds availability for purchase? Don’t worry because iCompareLoan mortgage broker can set you up on a path that can get you a home loan in a quick and seamless manner. 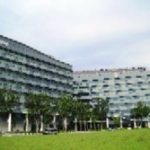 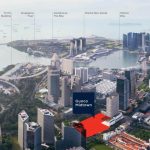