RTS Link Project all set to be operational in 2026

Singapore and Malaysia held a ceremony at the Causeway to mark the official resumption of the Johor Bahru – Singapore Rapid Transit System (RTS) Link Project on 30 July 2020.

The ceremony was also attended by Minister for Foreign Affairs Dr Vivian Balakrishnan and former Coordinating Minister for Infrastructure and Minister for Transport Mr Khaw Boon Wan, on the Singapore side; and Senior Minister and Minister of International Trade and Industry YB Dato’ Seri Mohamed Azmin Ali, Minister of Foreign Affairs YB Dato’ Seri Hishammuddin bin Tun Hussein and Menteri Besar of Johor YAB Datuk Ir. Hasni bin Mohammad, on the Malaysia side. Officials from Singapore and Malaysia remained on their respective sides of the Causeway during the ceremony.

The RTS Link Project has been suspended since 1 April 2019 at Malaysia’s request, to allow some time for Malaysia to review the Project.

Both sides have discussed and agreed on the following key changes to the Project:

The RTS Link will continue to feature co-location of customs, immigration and quarantine (CIQ) facilities, so that passengers undergo CIQ clearance only once at their point of departure. Both sides reaffirmed their commitment to ensuring that the RTS Link stations will be well integrated with the local transport networks in each country. The fare levels will continue to be set by the operating company (OpCo), and will be determined closer to the date of passenger service commencement.

The three key agreements necessary to resume the Project have been successfully concluded, namely:

The event on July 30 marks the culmination of several months of hard work, during which officials on both sides worked closely to find a common way forward on this Project, despite the challenges faced during the unprecedented COVID-19 pandemic.

Both Government said that the successful resumption of the RTS Link Project underscores the deep and enduring bilateral relationship between both countries, and the collective desire to strengthen our win-win partnership. When completed, the RTS Link will ease Causeway congestion, improve connectivity, foster people-to-people ties and generate shared economic and social benefits.

The idea of a Mass Rapid Transit between Singapore and Johor Bahru was first suggested in 1991 when then Singapore Minister for Communications Mah Bow Tan said that the Woodlands MRT line, now part of the North South MRT line, would be designed to accommodate such an extension. The idea was endorsed and agreed to in principle by both countries.

The announcement of the resumption of RTS Link Project will further brighten the prospects to the property developments in the Woodlands area.

This is because the Urban Redevelopment Authority (URA) has already marked the growth of the Woodlands Regional Centre as an anchor development of the North Coast into an innovative corridor buzzing with ideas, creative design and new technologies. The Woodlands Regional Centre is currently well served by the existing Woodlands North-South Line MRT station and Woodlands Bus Interchange, and with the upcoming completion of the new Thomson Line stations at Woodlands and Woodlands North, there will be excellent accessibility to the city.

With more than 100ha of available land for development, Woodlands Regional Centre is poised to capitalise on its unique waterfront location and assets to be the Northern Gateway to Singapore. Woodlands Central is envisioned as the retail and mixed use cluster, while Woodlands North Coast will be the business and residential cluster, with 4 unique precincts:

Woodlands Regional Centre is the only regional centre to be located near the waterfront. 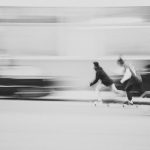 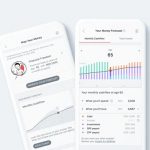