In June itself, new sales more than doubled to 998 units, up from 487 units in May. Developer sales continued to increase, reaching 1,080 units in July, the highest since November 2019. Meanwhile, overall private home prices rose by 0.3% quarter-on-quarter in Q2 2020. EDMUND TIE’s senior director of research and consulting, Mr Lam Chern Woon said: “The rebound could be attributed to the pent-up demand in June 2020 when the economy started to open up and showflats were allowed to resume operations.”

Ms Ong Choon Fah, EDMUND TIE’s chief executive officer, said: “The relatively healthy property performance can be attributed to the low-interest rate environment and the high amount of liquidity in the system.”

“Underlying demand remains relatively strong, notwithstanding the sluggish economy, as buyers adopt a mid- to long-term view of the market to buy into well located and designed projects. Some developers have also offered ‘star buys’ and incorporated flexible design features and wellness into their designs, making them particularly attractive,” she added.

While travel restrictions have affected overseas residential demand, Singaporean purchases nonetheless made up for the slack, and accounted for 80% of non-landed residential sales in Q2 2020, up from 77% in the previous quarter.

Mr Lam remarked: “The benign numbers we have seen so far are the result of the swift fiscal and monetary interventions by the government to bolster the economy, especially the sectors that have been more severely impacted by the pandemic.”

“In particular, the property tax rebates for landlords with pass-throughs to tenants, various financing and wage support schemes for companies will help cushion the spate of job losses in the economy, while the property-related relief measures relating to ABSD remissions and loan repayments will take selling pressure off the market,” he added.

Developers will likely view the recent property performance with some degree of cautious optimism. With an estimated 20 projects expected to be launched over the remainder of 2020, and barring further adverse externalities, transaction activity is anticipated to register a gradual improvement for the rest of the year.

As buyers remained cost conscious, the second quarter saw a significant increase in the proportion of apartment transactions under $1m, which increased 5 percentage points from Q1 2020 to 25% in Q2 2020. Within the Core Central Region, a higher portion of transactions in the $2m – $3m price quantum was led by sales at Kopar at Newton. Meanwhile, the proportion of transactions in the $1m – $1.5m range in the Rest of Central Region was driven by sales of Parc Esta and Stirling Residences.

Ms Margaret Thean, EDMUND TIE’s executive director of residential sales, said: “The shift away from compact units under 500 sq ft to more spacious homes could be arising from the fact that more employees are working from home.”

Data released by the Urban Redevelopment Authority on 15 July showed that 998 new private homes, excluding Executive Condominiums (EC), were sold in June, up by 104.9% from the 487 units that were shifted in May 2020. On a year-on-year (YOY) basis, developers’ sales increased 21.6% from the 821 units (excl. ECs) transacted in June 2019.

She added, “The circuit breaker was lifted on 19 June and showflat viewings had resumed. While there was no major new project launch, buyers snapped up more private homes from earlier launches, also partly attracted by discounts dangled and lower borrowing costs.”

There was only one new project launch – 18-unit Parkwood Residences at Yio Chu Kang, which sold one unit at S$1.74 million or S$1,323 psf. The bulk of the sales in June still came from earlier-launched projects.

The top three selling projects in May remained the most popular in June. The best-selling private residential projects in June were: 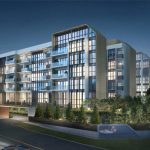 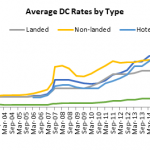