The Ministry of National Development has revised the development charge (DC) rates for the period 1 September 2020 to 28 February 2021. The review is carried out on a half-yearly basis in consultation with the Chief Valuer. Under unprecedented times, the first half of 2020 was limited to a few capital markets transactions to arm the Chief Valuer with the right comparables.

For commercial, it has been the first time in four years since DC rates have been lowered.

On the back of muted residential activity, DC rates for residential have decreased by 0.8% on average, the fourth consecutive time rates have been lowered.

The hardest hit sector so far, DC rates for hotels have decreased the most, at 7.8% on average.

Desmond Sim, CBRE‘s Head of Research for Southeast Asia, said, “The weak occupier market in most sectors have possibly prompted the Chief Valuer to make minor downward tweaks to the development charge rates for certain sectors.”

He added, “CBRE expects a subdued investment market for the second half of 2020 which will likely not place more transactional evidence for the Chief Valuer. However, further economic pressure, especially from external geopolitical tensions as well as from the pandemic, is expected to cause further drag to the occupier markets which will in turn influence further corrections to be made to the development charge rates from the Chief Valuer.”

Ms Tricia Song, Head of Research for Singapore at Colliers International, said: “Broadly, the revision in development charge (DC) rates for the commercial and residential (non-landed) property segments announced on 31 August 2020 was within expectation, reflecting the ongoing market sentiment and activity in the last six months.”

She added: “The Ministry of National Development said that the DC rates for Use Groups A (Commercial), B2 (Residential, non-landed), C (Hotel/Hospital), D (Industrial) have decreased. The DC rates remain unchanged for Use Groups B1 (Residential, landed) and others. Of these, unsurprisingly, the two main property use groups most affected by COVID-19 saw the largest declines. Use Group C (Hotel/Hospital) saw the largest average decline of 7.8%, followed by Use Group A (Commercial) which fell by 3.6% on average.”

Development charges – with rates revised on a half-yearly basis – are payable when planning permission is granted to carry out development projects that increase the value of the land, for example, rezoning to a higher value use and/or increasing the plot ratio.

DC rates for hospitality use fell 7.8% after two consecutive flat reviews. This is also the largest decline since March 2009’s decline of 9.6%.

Despite a dearth of actual hotel transactions, we deem the decline in DC rates is reflective of the operating conditions for hotels given the sharp declines in global travel and revenues.

Year to date 2020, there has been a dearth of hospitality deals. This is a stark contrast to 2019 which saw a record level of S$5.7 billion of hospitality transactions take place, such as Andaz Hotel at Duo which was sold for S$475 million or about S$1.4 million per key in October 2019. W Singapore at Sentosa was similarly transacted at S$1.35 million per key or S$324 million in November 2019.

Meanwhile, the DC rates for non-landed residential use have fallen by 0.8% on average after falling by 0.2% in the March 2020 review. We believe the cut in rates is reflective of the relatively muted Government Land Sales bidding, weak collective sales market, and the general slower economic outlook.

The trimming of the DC rates for non-landed residential use in this review should be modestly comforting for property developers who have had to grapple with more uncertainties, following the roll-out of cooling measures in July 2018 and now the protracted COVID-19 pandemic.

Yuen Sing Mansion, a freehold collective sale site along Lorong 13 Geylang, was sold via private treaty for S$15.2 million (S$678 psf ppr), lower than the original reserve price of S$17 million. It was only the second successful collective sale in 2020 after Casa Sophia, a 12-unit freehold development in Sophia Road that went for S$29 million (S$1,205 psf ppr) in January.

Market sentiment for residential land sites over the past six months have been weak, and most government land sales have their tender closing dates extended.

This is the first decline after three straight flat reviews and since March 2017’s decline of 3.7%. The decline is relatively mild, reflecting the relative resilience of the industrial property.

Industrial uses such as logistics and data centres have been relatively resilient, while selected segments of industrial use are affected by global supply chain disruption due to the pandemic. In general, we have seen increased interest in logistics assets.” 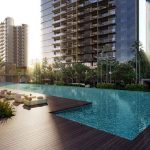 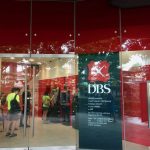