The Urban Redevelopment Authority (URA) closed tender for residential site at Clementi Avenue 1 on July 3. The public tender for this site was launched on 28 February 2019. The site was offered for sale on a 99-year lease term.

URA said that this is not an announcement of tender award, and that a decision on the award of the tenders will be made after the bids have been evaluated. URA will publicise this at a later date.

Separately HDB announced that the tender for Canberra Link Executive Condominium land parcel closed at 12 noon today with 8 bids received. HDB said that the decision on the award of the tender will be made after the bids have been evaluated, and that this will be published at a later date.

She added: “EC’s appeal largely stems from its limited stock on the market, its relatively more affordable price point and the profile of its buyers – who are owner occupiers and not affected by the cooling measures.”

Colliers noted that despite the uptick in the private home prices in Q2 2019 (as per URA’s Property Price Index Flash Estimates), developers remained cautious in land banking. It added that this bears out in the tender outcome for the Clementi Ave 1 site.

Commenting on the close of tender for the two residential sites, Colliers International said:

“Clementi Ave 1
The Clementi Ave 1 site garnered five bids – in line with our expectations, and same number of bids as the Sims Drive site that closed on 28 March. However, the top bid price was below expectations.

The lukewarm response appears to point to concern over the abundant supply in the West, from earlier collective sales such as Parc Clematis (former Park West) and former Normanton Park which collectively would provide over 3,000 new units. There is also a cap of 640 units, which conforms to the minimum average size guideline of 85 sqm (915 sqft).

The JV between UOL and UIC placed the top bid for the site at SGD491.3 million, translating to about SGD788.3 per square foot per plot ratio (psf ppr) – is slightly below our forecast of SGD520 million or SGD830 psf ppr. This could put potential average selling price at SGD1,400 psf.

The UOL group could be emboldened by its success of Clement Canopy next door. The project next door – The Clement Canopy, which was launched in February 2017, was fully sold by January 2019. It achieved an average selling price of SGD1,374 psf. The site was tendered in December 2015, with a top bid of SGD302 million or SGD615 psf ppr among six bids.

Canberra Link EC
Meanwhile, the bids for the Canberra Link EC site came in above expectations, despite the ample supply in the location, as developers continue to think that in light of the latest government cooling measures, EC units would still enjoy strong demand. Proximity to the Canberra MRT station which is slated to start operations on 2 November could also provide a shot of confidence to developers.

With this site, bids for the four EC sites since the cooling measures – Canberra Link (this and another adjacent site), Anchorvale Crescent and Tampines Avenue 10, have been in a tight range of 7-9 bids, and top bids also tightly bunched between SGD558 to 578 psf ppr. We estimate the potential average selling price at over SGD1,000 psf.

The project next door, which is nearer to Canberra MRT station and can yield 450 units, was awarded to Hoi Hup/ Sunway JV at SGD558 psf ppr in September 2018, and should be launched for sale in early 2020.

Do you want to buy a private residential property but are unsure of securing funds? Don’t worry because iCompareLoan mortgage brokers can set you up on a path that can get you a commercial loan in a quick and seamless manner.

Alternatively you can read more about the Best Home Loans in Singapore before deciding on your next purchase.  Our brokers have close links with the best lenders in town and can help you compare Singapore’s best commercial loans and settle for a loan package that best suits your commercial purchase needs.

You may contact us today for advice on a new home  or refinancing advice, or for Personal Finance advice.

You may also speak to our Panel of Property agents. 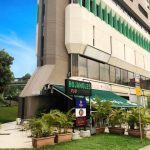 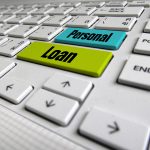