The purchase of Riverside Piazza will be a rare opportunity to create a signature hotel near vibrant entertainment and lifestyle hub, Clarke Quay as well as the Chinatown heritage district

Colliers International on Nov 4 announced that The Riverside Piazza at 11 Keng Cheow Street near Clarke Quay will be put up for collective sale via tender for $198 million on 5 November 2019.

The $198 million reserve price works out to a land rate of $2,602 per square foot per plot ratio (psf ppr), inclusive of the estimated differential premium to convert to hotel use at the existing balance land tenure of approximately 72 years. The site in prime District 1 – which spans 2,940.4 square metres (approximately 31,650 square feet) in size – has a leasehold tenure of 99 years with effect from 2 October 1992.

According to the Master Plan 2014, the site is zoned Commercial and Residential with a plot ratio of 2.8. The site has a maximum Gross Floor Area of 8,260 sq m (approximately 88,910 sq ft). Following the submission of an outline application, the Urban Redevelopment Authority (URA) said it is supportive of alternative development options for the site, including hotel development.

Strategically located on the fringe of the central business district (CBD) and a stone’s throw from the vibrant Clarke Quay entertainment hub and the heritage district of Chinatown, the site is well-suited to be redeveloped into a signature hotel property, amid the bright outlook for the tourism sector in Singapore and the region.

Tang Wei Leng, Managing Director at Colliers International, said, “Prime development sites do not come up very often, especially near the Singapore River which has played an important role as a lifeline for generations of people in the country’s storied past. This site presents a unique opportunity to create a contemporary riverfront hotel in an area thriving with activity, buzzing nightlife, and rich history. We believe the excellent site attributes should appeal to developers who are looking to tap growing opportunities in the hospitality real estate sector.”

The Riverside Piazza sits on a regular-shaped plot with prominent dual frontage along Merchant Road and Keng Cheow Street. It is well-served by public transport being near three MRT stations: Clarke Quay station on the North East Line (NEL); Fort Canning station on the Downtown Line (DTL); as well as Chinatown interchange station which connects the NEL and DTL. The site also enjoys easy access to the CBD and other parts of Singapore via major roads and the Central Expressway.

Most importantly, the areas surrounding the site are being revitalised, starting with the nearby State Court Towers which is set to open in 2020. When completed, the State Court Towers will be the tallest government building in Singapore and will reportedly provide spaces for law firms, tech companies, academics, and students. This is expected to inject more buzz as businesses and the legal fraternity converge on the area.

Being in close proximity to the lively Clarke Quay, the new State Court Towers, and the busy CBD, The Riverside Piazza has the potential to become a nexus of activity, which will further energise the commercial and community life in the city.

Meanwhile, the Singapore River area has been earmarked for further rejuvenation by the URA, with enhancements including better pedestrian connectivity. In particular, The Riverside Piazza site looks set to benefit from an initiative – unveiled in the Draft Master Plan 2019 – to link Pearl’s Hill City Park to Fort Canning Park via a park connector. This will likely increase pedestrian traffic and further enliven the location, creating a placemaking opportunity for the area around the Singapore River.

Currently, The Riverside Piazza comprises 40 apartments and 24 commercial shops, with sizes ranging from 58 sq m to 333 sq m (approximately 624 sq ft to 3,584 sq ft). Depending on the size of their property, each owner could stand to receive between $2.23 million and $9.47 million from the successful sale of the development.

Wendy Tan Siew Cheng, Chairman of The Riverside Piazza Collective Sale Committee, said, “This is our first attempt at collective sale and we are hopeful of garnering a positive response for the tender owing to the site’s attractive location near the Singapore River, Chinatown, and the CBD. We believe the redevelopment of The Riverside Piazza could help to further transform the area, alongside ongoing placemaking efforts to revamp riverfront offerings.”

The collective sale tender for The Riverside Piazza will close at 3pm on 19 December 2019.

The vibrant en bloc sale market was checked with the introduction of the property cooling measures introduced by the Government in July last year. The Government said the property cooling measures were necessary to check sharp increase in prices, which could run ahead of economic fundamentals and raise the risk of a destabilising correction later, especially with rising interest rates and the strong pipeline of housing supply.

Some observers said that the en bloc sales market will be dampened by the cooling measures. As developers become wary of end-demand and are hurt by the 5 per cent non-remittable Additional Buyers’ Stamp Duty (ABSD) on land purchase, it is expected to have an impact on their offer prices.

The higher launch prices at some new projects have however slowed the buying momentum in the primary market and sales volume has dipped considerably quarter-on-quarter. While overall sales had slipped quarter-on-quarter, it rose marginally on a year-on-year basis. 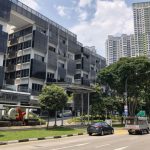 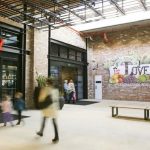